Why did Spain rank No. 1 for illegal music downloads? 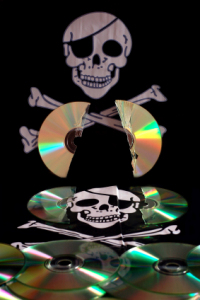 According to new report about the world's recording industry, Spain is the country with the greatest percentage of users who use internet sites to download and distribute music illegally. A staggering 45% of Spain's internet users are reported to engage in internet piracy, placing Spain above Brazil (44%) and the European average (23%). The report featured Spain in a special chapter regarding its anual study of piracy of digital music.

According to the International Federation of the Phonographic Industry report (IFPI), Spanish music sales have plummeted by 21% over the past year. This trend affects new artists much more than established names in the industry.

Frances Moore of the IFPI has expressed disapproval of Spain's government hesitance to employ anti-piracy measures, stating that they have had "great difficulties getting the Spanish government to support our proposals.

Ángeles González-Sinde, the Spanish minister of culture, has tried to gain support to set up a government commission able to close down websites that have been infringing on copyrighting laws. He has only found support in the Spanish socialist partyk. Amendments to his original proposal will be considered this week in order to gain more support.

What do the Spaniards think about all this? Well, if you talk to them most will adamantly explain that the price of CDs and DVDs is ridiculous and has been increasing steadily over the years. If you look at a typical Spanish salary, you may understand why they might prefer clicking a button to paying the stiff 25€ price tag of a new CD. Sure, they would prefer the original, but they cannot afford it!

According to a study based on 2006 figures by Adecco and IESE, the average salary in Spain is 34% than the rest of the EU. The report showed that the average gross salary in the EU was 32,414€ while in Spain it was only 21,402€. However, these averages are a far cry from the salaries you will find in most small towns and villages in Spain. Additionally, from 2002 through 2006, the average EU salary increased by 3.9% while the the Spanish only saw increases of 1.3%.

What about the cost of music? After reading some online comparisons, in respect to some other nearby European countries the price of a CD is almost the same. However, if you factor in the aquisition power based on average salary of a Spanish citizen, it becomes much more expensive, nearly double! The cheapest European country for buying CDs based on cost and aquisition power is England.

Also, some Spaniards claim that part of their taxes go to paying for things like illegal downloads. So why pay more when you can get it for free and you are already paying taxes on this "service"?

Music is integral part of the Spanish culture that should be freely enjoyed by all people. The question is:

Is the problem really the illegal downloading?

Is the problem the ridiculously high cost of the music in Spain?

All I can say is that most people claim they would love to buy the CD, if only it were cheaper...

If they cannot afford to buy the music that does not justify stealing it. They should either do without or sacrifice buying something else so that they have money for music. If I cannot afford a Porsche, does that mean it's ok to steal one from a dealership?

Hi Jim! I agree, mostly. But I still think that there is definitely a problem with the pricing, neighboring countries pay up to 50% less for the same item. In many cases, it is actually cheaper to buy online from England or the US then to visit your local CD store. All of this is definitely instigating the problem. The higher prices go, the more people choose to download for free. What if prices were much cheaper? At least as cheap as it is in other countries, do you think that would help? It seems though, as they say in Spain "it is the fish that bites its own tail", the more they download online, the higher prices rise.. the more the prices rise, the more they illegally download... In any regard, if they want the problem to go away, the only option is to convince Spaniards to buy rather than download. And based on what I hear that could be easily done, with cheaper prices!!!

I hear what your saying, but the market should dictate the price. The way it's supposed to work is that if the price is too high, sales drop and the price comes down.  But since the music is just being downloaded illegally, the record companies are taking such a hit that they cannot lower prices. Record companies can also not afford to take on new artists and to spend money on production to perfect the album sound in the studio, resulting in a rough album that never meets it's potential. Yes, record companies can be greedy, but slow sales due to high prices would lower the price if the illegal downloads werent in the equation.

I hear what you are saying, and that is how it works in most markets. But a CD literally costs a couple of cents to make, and the profit in the industry even with extremely low sales is still enormous. So I would doubt that they cannot "afford" it, they have been making billions for years, and their artists are paid extremely well too. Perhaps it is time for the exaggerated salaries and prices in the music industry to come down. I mean, I understand why a Ferrari is expensive, the quality of the product, made with the finest materials, the technology and exclusivity involved... but a CD? I am positive the profit margin is much higher on a CD than on a Ferrari. But that is just it, a Ferrari is an exclusive product, but music? Music is part of culture, it is part of being human.. and it should be accessible to the masses.

Good article. I used to live in Spain as a UK expat and can tell you it was very widespread within the expat community. In fact, I don't know anybody who bought original movies and music over there. I think the problem is the cost, although it is difficult to see how the trend can be reversed - why would anyone go back to paying for something if they can get it for free without any repurcussions? One thing is for sure - illegal downloading is never going to be combatted. What needs to happen is the customer needs a shift in attitude towards buying music, something that will be hard to achieve. Perhaps a website like http://www.fairsharemusic.com may work over there. This UK company donate 50% of its net profits to charities, chosen by the buyer. I don't think the founders of the site set it up as an alternative to piracy but it could certainly help to prick the collective conscience of habitual illegal downloaders. Especially if they aren't happy with lining the pockets of the likes of iTunes and if they know that their purchase is going some way to helping good causes. Personally, I think this will only appeal to a few - and, of course, those who can afford it, which is the crux of your article. The economy in Spain is messed up and unemployment is at an all time high. The only way for illegal downloads to be countered is for record companies to cease producing music from artists people love - blatantly this will never happen. It's going to be interesting to see what happens.