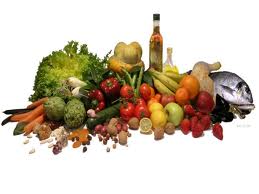 Research has proven yet again the many known benefits to following the Mediterranean diet. A recent study was published in the journal Fertility and Sterility that now links the famous Spanish diet to increased fertility in addition to the slew of evidence that this healthy lifestyle contributes to a longer life span and lower obesity, diabetes and heart disease rates.

The study, published in the November edition of the journal Fertility and Sterility, adds to a growing body of evidence linking the Mediterranean diet to a slew of health benefits, including a longer life and lower risks of obesity, diabetes, and heart disease.

A new study by Spanish researchers has shown that those women who are trying to get pregnant have a lot to gain by following a Mediterranean diet high in fresh fruits, fish, vegetables and whole grains. In fact, the research shows that women who follow this type of diet have increased fertility rates.

The investigators further examined women who consumed higher amounts of red meats, fast food, whole-fat dairy products, potatoes, refined grains and soda but found no relationship between this type of diet and neither increased nor decreased fertility rates.

More research will probably be needed before doctors start recommending the Mediterranean diet to women who are struggling to get pregnant, but experts agree that making this healthy switch to your diet certainly cannot hurt... The US-based Mayo Clinic suggests that those who are interested in making the change follow these guidelines:

Red wine is optional, but many studies show that it has many healthy benefits in moderation. According to Men's Health magazine, enough red wine consists of one to 3 glasses a day (for men). A US study published in International Journal of Cancer showed that not only can red wine help men’s' hearts, but also reduce their prostate cancer risk. Another Spanish study showed that the antioxidant resveratrol and tannins found in red wine can help cut lung cancer risk by 13%. However, the word of thumb here is "moderation". There are plenty of studies that show that if you drink too much, the effects are negative.

What about those men who are interested in increasing their fertility rates? A study from the University of Western Australia recommends that they eat antioxidant-rich foods such as carrots, sweet potatoes and mango because these items increase the quality of men’s sperm.

Want to learn Spanish while learning how to make healthy Mediterranean food and all about Spanish red wine? In don Quijote in Salamanca, you can add a wine course and a Spanish cooking course to your Spanish classes!

As you say, the key point here is "moderation". Even a so-called Mediterranean diet can make someone fat and unhealthy. I believe the key to a healthy diet also lies in the Mediterranean attitude towards food. Meals are a social occasion where eating is not be rushed. The slower you eat, the more you taste your food, the less you need to eat before you feel full. I'm sure the lovely warm and sunny weather helps too :D (no need for "comfort foods").

Thank you very much for such a useful blog that helped me to understand something throughout, i recommend the admin to keep add stuffs like this.

« Next Article: A change of course for the traditional Spanish lunchtime?

» Previous Article: The Hermitage in the Prado

« Next Article:
A change of course for the traditional Spanish lunchtime?
» Previous Article:
The Hermitage in the Prado