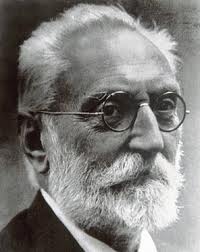 The city of Salamanca, Spain is preparing to honor the famous Spanish writer and poet, Miguel de Unamuno throughout the 2012 year with music, theater productions, expositions, student workshops films and conferences.

Philosopher, poet, novelist and playwright, Miguel de Unamuno was one of the most distinguished literary figures and principal Spanish philosophers in Spain at the turn of the century.

The program, appropriately titled "2012, the Year of Unamuno" was announced on the 31st of December by the city mayor Iñaki Azcuna in the Plaza de Úrsulas. On this day, the planned activities dedicated to Miguel de Unamuno officially launch. The first activity opens in the town hall and is a picture exposition by Oscar Alvariño detailing Unamuno´s career.

The city of Salamanca hopes to involve all Salamanca citizens and tourists alike and invites them to get to know one of the most important figures in recent Spanish history; Miguel de Unamuno, poet, playwright, novelist, philosopher and essayist.

My great great uncle Eusebio Barrios and his wife Eusebia were from the area of Salamanca. He was born around 1878. I am told he had been a Jesuit priest, but quit the church. Is it possible to find out if he attended the University during Unamuno's tenure, or even took classes with him. My grandmother Dorotea Montero, maiden name Garcia was from the town of Encinas de Abajo. Eusebia was her aunt. Thank you, Steve Leal

Unamuno became a professor at the University of Salamanca in 1886 and he was its rector from 1901-1914, so it looks like your uncle would have been university-age right in the middle of Unamuno's time there. I did a little research and it looks like if do an online search with words like, alumnos 1898 universidad salamanca, there are some student listings available.

« Next Article: Latin Breeze at the Golden Globes