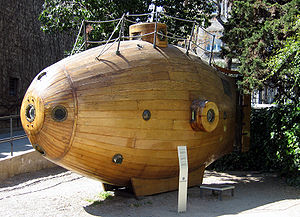 When most people think of the greatest Spanish contributions to the world, perhaps the most immediate things to spring to mind are flamenco music, tapas, and siestas. The Spaniards are not famed for the inventors. Painters, writers and poets perhaps; but it is a little known fact that Spain is responsible for some incredibly important, and some rather wacky innovations. Here is a rundown of 10 of the most significant and some of the most unusual inventions to come from Spain:

1. Chupa Chups- The famous lollipops that line cash registers across the world were initially created by the Catalonian Enric Bernat in 1958. An idea that sprung from seeing a child being told off for making a mess when eating sweets, evolved into an internationally, booming company. By simply placing a stick in a sweet, Bernat revolutionized the sweet world!

2. Mop- The first mop was invented by aeronautical engineer, Manuel Jalon Corominas, and his friend Emilio Bellvis, both worked to create the first mop and bucket. Although there is some dispute as to which of the two claimed the initial idea.

3. The Submarine- The first combustion-powered prototypes created date back to 1859, belonged to the Catalonian Narciso Monturiol, who designed a manually propelled submarine known as the Ictíneo I. Isaac Peral was a fellow Spaniard who also revolutionized submarine navigation using electrical energy.

4. The Beret- While everyone associates berets with the typical French stereotype, in fact its origins are Spanish! Shepherds in the northern Basque country were the first people to wear them, and they are still very common to this day!

5. Cigarette- Although tobacco is native to America, cigarettes are a Spanish invention, that emerged when beggars began to collect any tobacco waste and wrap it up in thin sheets of paper to smoke. By 1825, cigarettes were being packaged and marketed, with the first packs being manufactured in 1833.

6. Chess- A claim that is sometimes disputed, but it is widely believed that the origin of one of the world’s most played games is Spanish. It is claimed that Valencia is responsible for the origins of the modern game, with radical rules created that evolved from ancient games

7. Molotov cocktail- this improvised incendiary device was first used in the Spanish Civil War. Franco ordered Spanish Nationalists to use the easily made bombs as a weapon in fighting against the Soviet Union, who were supporting the Republicans.

8. Autogyro- a type of rotorcraft invented by Spanish engineer Juan de la Cierva, who wanted to create an aircraft that could safely fly at slow speeds.

9. Table Football- the first patent for the games belongs to Alejandro Finisterre, who credits his friend Francisco Javier Altuna with the invention. However there has been dispute over this claim, with some stating that it belongs to a Brit. 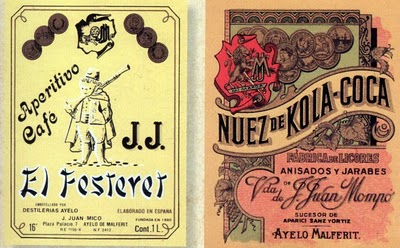 10. Coca-Cola- the citizens of Ayelo de Malferit, near Valencia, claim that the famous drink actually originates from them. Juan Mica claims that his family were the first to invent the drink, called Nuez de Kola Coca’, which he then took to the US and sold the recipe. However this claim is still shrouded in dispute.

While some of the array of Spanish inventions are disputed, whether it’s famous lollipops, clean floors or groundbreaking developments in rotorcrafts, Spain has definitely provided the world with some undeniably useful inventions.

can you please put more info for each invention plz

Thank you for your interest in our blog jerryquarch. You'll find more information on Spanish inventions here, http://www.donquijote.org/culture/spain/history/spanish-inventions.asp

» Previous Article: An Spanish olive oil from Spain, the best in the world

« Next Article:
UNESCO adds Latin and Spanish traditions to intangible cultural heritage list
» Previous Article:
An Spanish olive oil from Spain, the best in the world