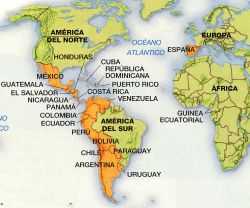 Fluency in the Spanish language will give you a career boost in many fields, including business, health care, law enforcement, government and education. Hispanics currently comprise almost 15 percent of the American population, meaning that over 40 million Americans speak Spanish at home, making fluency in the language a vital skill for job seekers.

Spanish is one of the fastest-growing languages in the world and is spoken by an estimated 500 million people globally. Counting only native speakers, Spanish actually outranks English, which makes learning and teaching Spanish a smart choice.

With everything in its favor, the Spanish language is likely to keep growing at a rapid pace as it has been doing for years. Don't get left behind, start learning Spanish with don Quijote to open more doors in your future!

« Next Article:
Speak like an Argentine
» Previous Article:
Let It Snow!