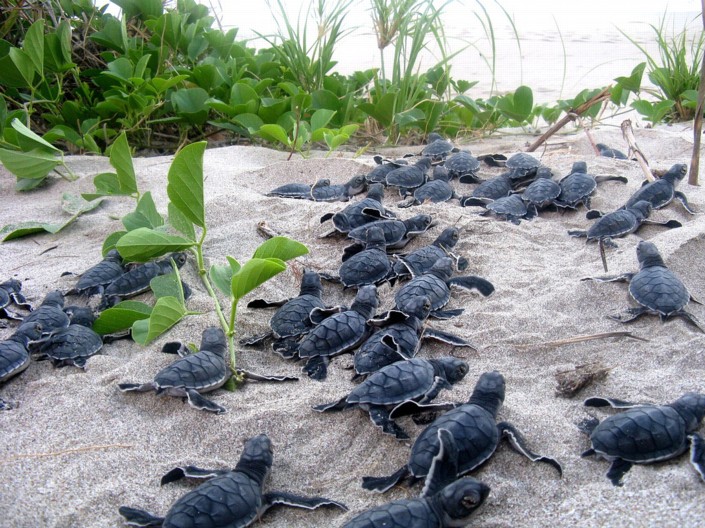 Although you can be forgiven for being Easter-orientated this week, there are other eggs this time of year to get excited about other than the chocolate variety!

Each year between July and December, hundreds of thousands of rare sea turtles visit Nicaragua to lay millions of eggs along the country's coasts, and this time of year is hatching season! Nicaragua, a country abundant in nature and adventure, found in-between Honduras and Costa Rica in Latin America, is one of only four countries believed to have turtle hatchings of such large proportions.

Throughout the whole world, there are seven species of sea turtles, and five of those can be seen in Nicaragua; Green Turtles, Hawksbill Turtles, the Leatherback Turtle, the Loggerhead turtle and the famous Olive Ridley. All of these are endangered species.

On both sides of Nicaragua (the Pacific and the Caribbean coasts, both of which are Wildlife Refuges) the turtles use almost the whole coastline to spawn. Nicaragua's majestic turtle migrations occur in waves, called "arribadas", or arrivals in Spanish, usually occurring once a month. During each migration, several thousand female turtles come ashore to lay more than 100 ping-pong ball-sized eggs each. Remarkably, the turtles are said to return to the exact same beach where they were born themselves, a phenomenon scientists still don’t fully understand. Between one and two million baby turtles emerge from the sands and make their way to sea.

The Nicaraguan government is working with wildlife protection agencies to help educate the local communities about the importance of protecting turtles for future generations. Turtle nurseries have been set up, which have created local jobs, improved education about the environment and brought in tourists. They ensure that the turtle eggs are kept safe from poachers and predators, meaning this fantastic natural phenomenon can carry on for years to come. 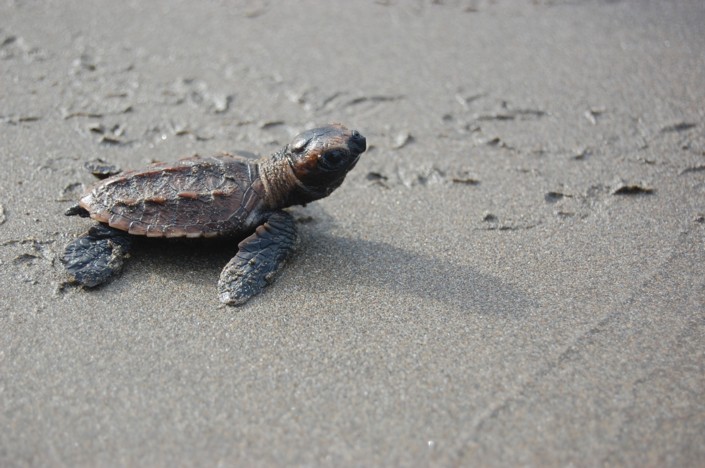 However, turtle migrations are becoming increasingly rare, as the sea turtles are endangered species. Besides natural predators, we humans also pose great threats to the turtle population. Fishing nets trap turtles and cause many to drown, destruction of their natural habitat and also the use of turtle shells, leather, oil, and calipee to produce ornaments, jewellery, and the like, all threaten the turtle population.

Poaching also remains a constant threat for turtles around the world. The turtles' eggs are considered a delicacy and an aphrodisiac in Nicaragua which means they are traded on the black market. However, while turtles are still widely abused used for tourism products (which can use the eggs, meat, skin, or the shell) tourism income generated by marine turtles is almost three times as much as income generated by selling products derived from the turtles. So hopefully the turtle population will flourish long enough for me to go and visit!

Learn Spanish in Latin America and see the turtle migration while you’re there!