Many cities in the world are described in superlatives with the intention of being grandiose, until they seem almost inaccessible: the tallest building, the largest stadium, the largest statue, the most extensive museum ... highlights that astound and overwhelm us, make us feel small. Fortunately, however, there are other cities where those superlatives are cozier, more welcoming, make life easier for us and make us yet another citizen. One of these cities is Quito.

For example, do you know that Quito has the most pleasant temperature in the world? With an average of 20ºC during the year, it has earned the nickname "city of eternal spring". 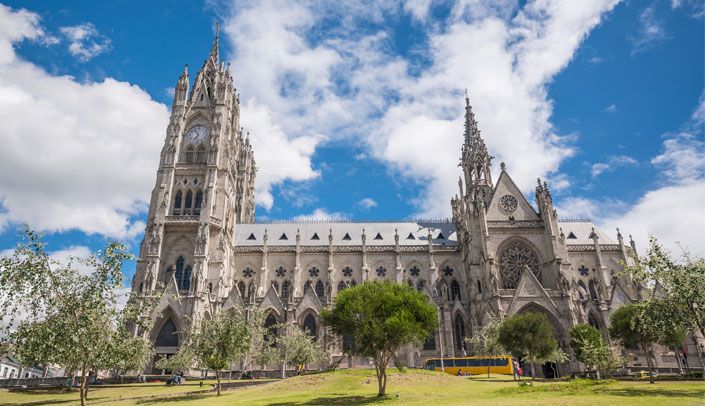 This temperature invites you to go for a walk ... and why not do it in the best preserved historic center of America? And that’s according to UNESCO.

In addition, to reinforce this idea of cozy grandeur, we must tell you that you will find low, multicolored houses, wide and shady streets, refreshing and charming gardens ... The only building that dares to defy the sky is the neo-Gothic Basilica of The National Vow; and does it with humility, at only 115 tall.

Quito is the second most populated city in Ecuador, with 2,671,191 inhabitants. Think of other cities like Mexico City or Bogota that have more than 8 million. So you will find the dynamism of a great capital without the agglomerations of a megalopolis.

But Quito has that flavor of the big cities, especially at night. It’s a festive city, full of places to have a good time, of joyful hubbub, of a great diversity in which we find venues specializing in Latin rhythms next to others where rock is a religion, restaurants that range from traditional Ecuadorian cuisine to that of Mongolia... a tapestry that filters the many vivid colors of light and delicately illuminates the monuments we pass. 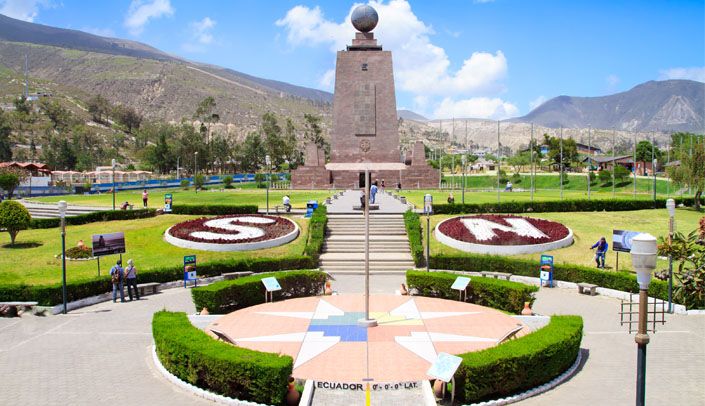 We have talked about Quito as the center of the world and so we would have to talk about what the true center of Quito is, and perhaps of all Latin America, its Independence square. The place to see and to be seen, the place of the cry that gave provenance to independence... was a square in which there was a humble fountain. It’s food for thought, a David and Goliath, but a David faithful to his roots, a square in which the Goddess of Freedom is always close, and accessible. 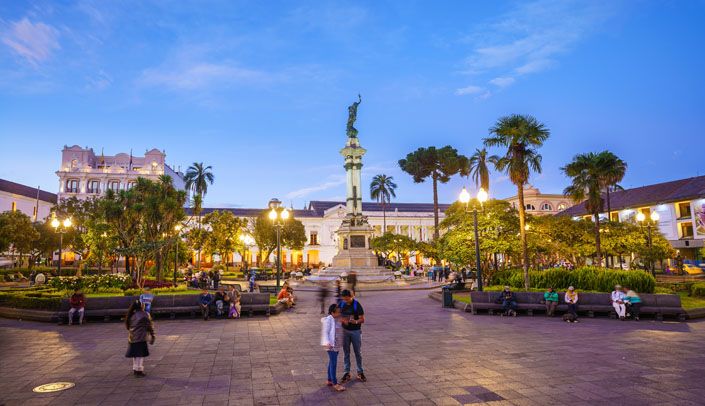 As you can see everything in Quito is pure simplicity, hospitality, warmth ... a place where a Spanish class is as close as a chat between friends.

« Next Article: Secret Granada - Off the Beaten Path