Are you coming for a walk in Oaxaca? 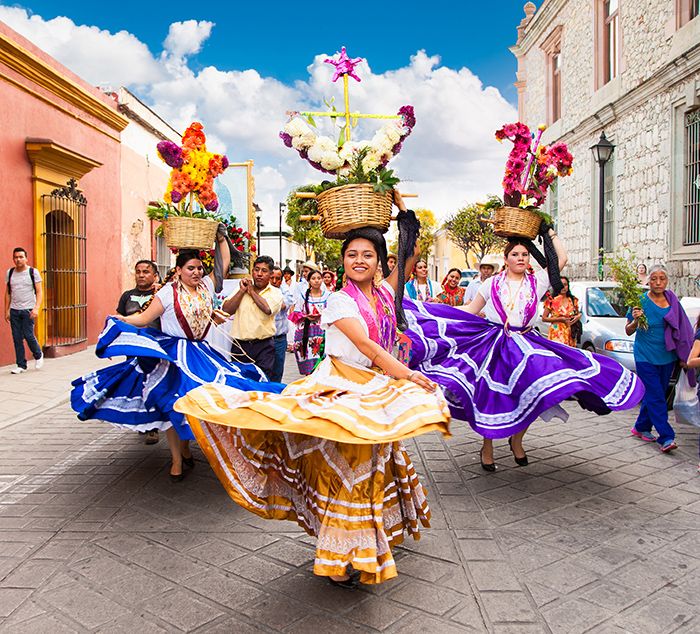 There are usually two ways to travel to another country or an unknown city: for the adventure, or following a planned route. That’s why, as we know you are up for the adventure, but would like to be well informed so as to leave not everything to chance, we suggest a route that starts at our Spanish school don Quijote and will take you to the best places and most important areas of Oaxaca.

Since it would take hours and hours to tour the entire city and see everything, we’ll tell you about the best places to visit in Oaxaca’s historic center.

Walking 5 minutes from the don Quijote school, we find the Temple of Santo Domingo. This first stop is a temple built at the time the Dominicans arrived in Oaxaca towards the end of the 16th century. Although they say that the most significant work is in its interior, this time the facade is almost as beautiful as the temple, which houses ten chapels and more than 20 paintings. 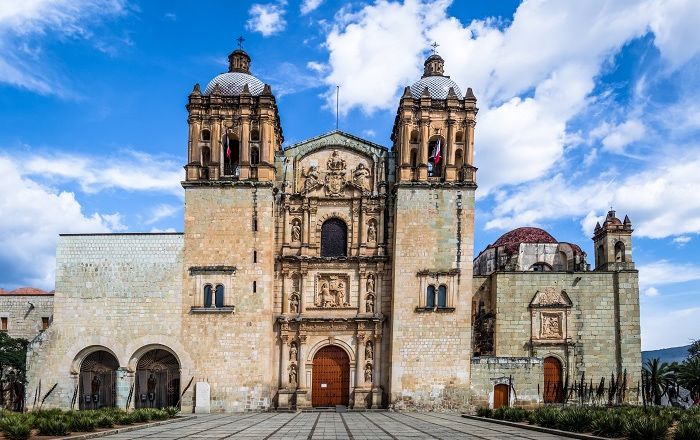 Its construction began in 1570 and was inaugurated, yet unfinished, in 1608. The temple also contained a botanical garden that was without equal in all of Oaxaca. Both the typically European architecture and the ideas that the Mexican builders employed resulted in a temple that stands out above all the other buildings of the city.

Just a one minute walk from the temple, we arrive at Calle Macedonio Alcalá. It is, without doubt, the most touristic street of all Oaxaca. In fact, the street was turned into a pedestrian zone in 1985 so that the people could stroll peacefully. In this way, everyone who walks around Macedonio Alcala can enjoy the monuments, shops and all the colors that adorn this street. 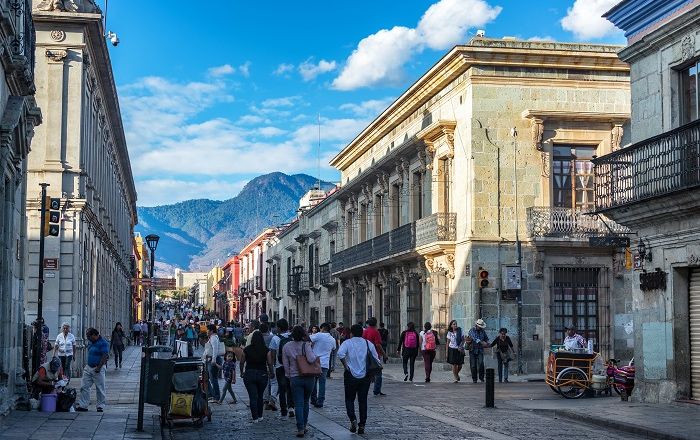 During your walk around this area, you can stop at any of the sidewalk cafés, dine at one of the many restaurants, try the typical chapulines (toasted grasshoppers), tamales (steamed, meat-filled pastry) or drink some of the famous mezcal (tequila’s close cousin). You also have many stores to bring a souvenir of Oaxaca back with you.

And after enjoying this street, you will almost come to its end, only three minutes away, where you’ll find the Museum of Contemporary Art. Opened in 1992, it is the place where the most typical traditions of Oaxaca meet the international culture of the moment. It has expositions that mix the most innovative with the most traditional, so that everyone who comes through feels at home.

And, to top it off, the 17th century facade acts as a testament to the perseverance of culture.

Only a few steps from the museum, you’ll find one of the most important theaters in all of Mexico, the Teatro Macedonio Alcalá. Although it was inaugurated in 1909, 20 years later it was renamed, displaying the name we know it by today grandly at the top of its facade. 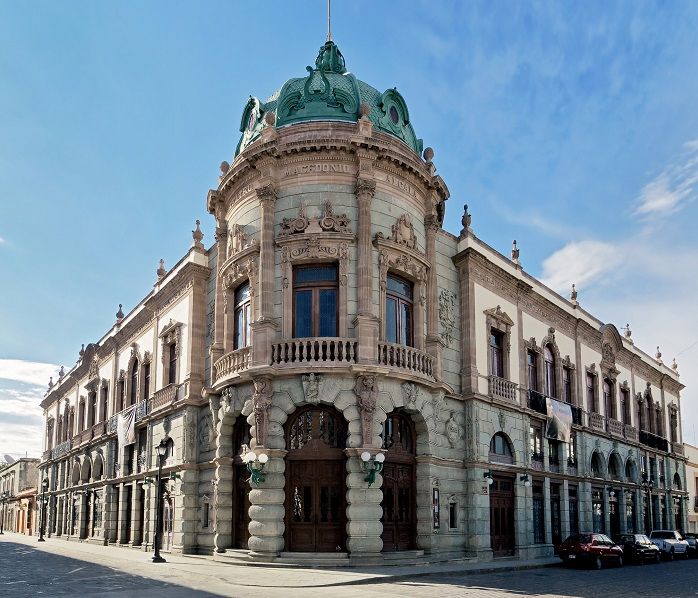 Having been restored many times, it has hosted many ceremonies and celebrations, from the religious to military and many more in between. But although the theater has gone through many changes throughout its existence, what will not change is the fact that it is a worthy World Heritage Site.

If we continue discovering Oaxaca, just two minutes walking distance from the theater we find the place where culture is created and spread. The San Pablo Academic and Cultural Center also offers spaces for everyone who comes to learn about indigenous culture. This is the place where the past, present and indigenous cultures meet, perfect for getting to know the history and traditions of Mexico.

And to end our tour of downtown Oaxaca, the best place to rest is the Benito Juarez Market. At about 7 minutes walking distance from the academic center, this market is the oldest in the whole city, having been inaugurated in 1893. There is an incredible number of items to buy or to try. From clothing, accessories or jewelry, to crafts, fruits, vegetables and many other types of food. 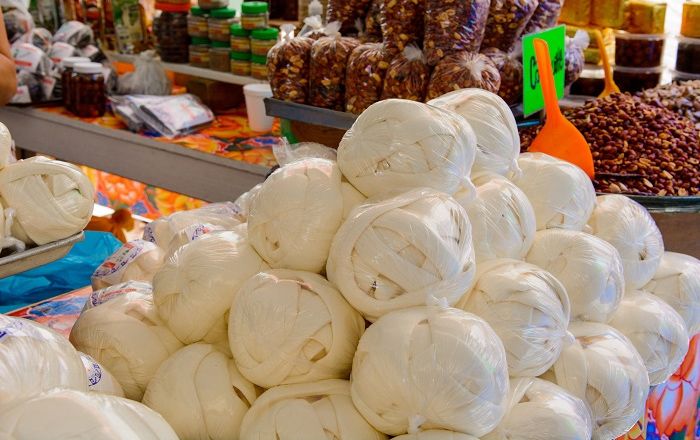 But take your time. There are three very specific things that you must try in this market before you leave. On the one hand, pan de yema (egg yolk bread) is a perfect party food. It has a unique flavor that will bring back memories of your tour of Oaxaca. On the other, if you ask for chocolate to make hot chocolate at one of the stalls, they will grind it for you right there, adding any ingredient you choose. Cinnamon, vanilla, almonds… whatever looks best to you. And finally, from when you arrive until you leave Oaxaca, you will have a thousand and one opportunities to try the chapulines (grasshoppers). Although be warned as this dish is only for the most adventurous.

Come to Oaxaca to enjoy the good life, enter the Mexican culture from your first moment and let yourself be carried away by all that this city has to offer you.