Bundle up or you'll turn into a bird

We’re already about halfway through August, so you’re probably about to fly away on vacation if you haven’t already done so. But here at don Quijote we’re not going anywhere; we’re sticking around to keep sharing ideas on how to improve your Spanish wherever you are. And since we’re talking about flying, today we’ll explain some expressions featuring birds. 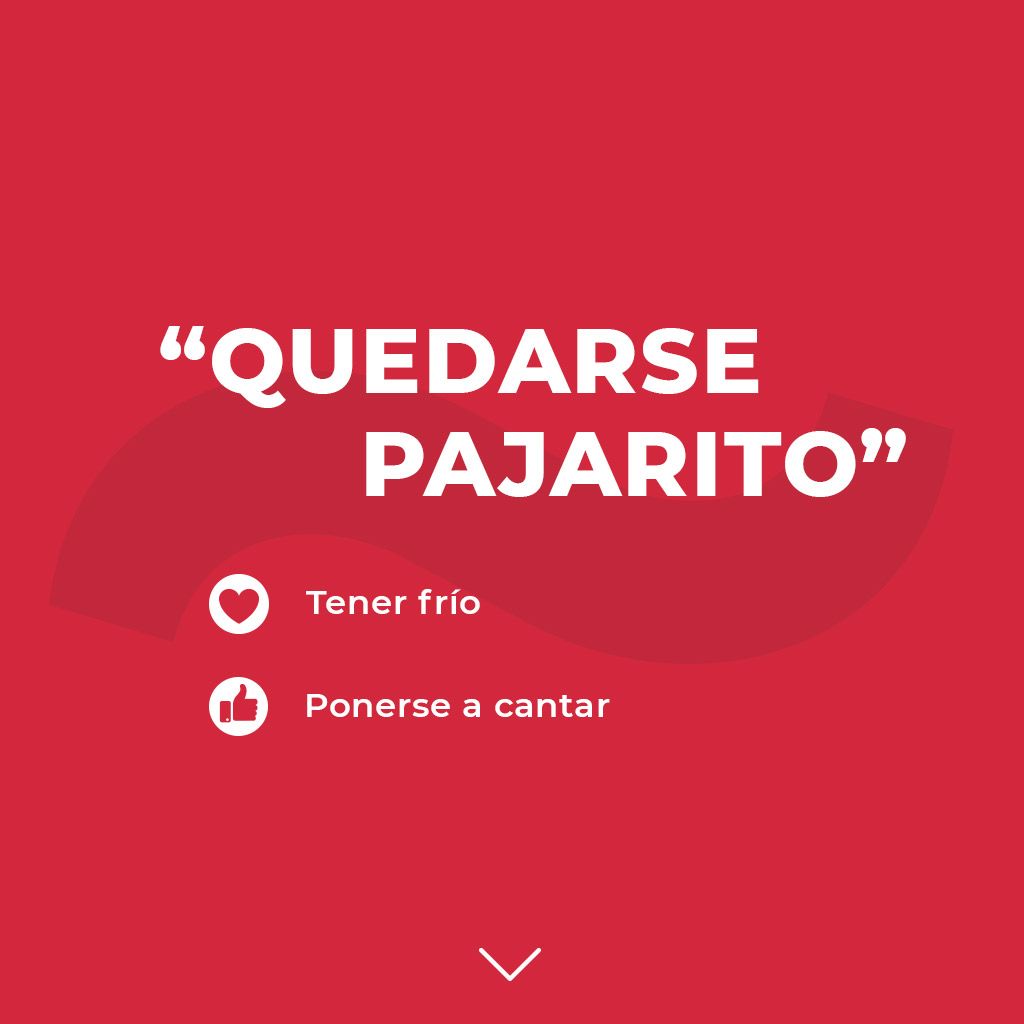 The first saying we’re going to talk about is something you can use on a cold winter night or a hot summer day. In Spain, even when it’s more than 100 degrees outside, it’s perfectly normal to hear someone in a classroom or restaurant say, “Could you turn down the air conditioning? I’m turning into a little bird.” As you’ve probably guessed, in Spanish, turning into a little bird (quedarse pajarito) has nothing to do with flying through the air or singing a little song; it’s actually about being cold.

But be careful! Don’t mix this up with another Spanish expression that’s very similar: quedarse como un pajarito. Pay attention, because there’s a very important difference: when we say that someone se ha quedado como un pajarito (or they’ve ended up like a little bird), we mean that they’ve died peacefully, without suffering.

Another expression related to birds is tener pájaros en la cabeza (to have birds in the head). Don’t worry, it has nothing to do with The Birds, the movie by Alfred Hitchock; it’s much more pleasant, although it can also have negative consequences for the person involved. When we say that someone has birds in their head, we mean that the person likes to fantasize, or that their head is full of ideas that aren’t very realistic: “Cuando era joven, emprendió un negocio muy arriesgado pensando que se haría rico enseguida. Tenía muchos pájaros en la cabeza.” (When he was young, he started a very risky business thinking he would get rich quickly. He had lots of birds in his head.)

It’s kind of like when the world looks pink, but having birds in your head is more serious because not only are you optimistic, you are also expecting or believing in things that are very unlikely to happen, and that often leads you to make unwise decisions because you think everything is going to work out perfectly.

Now you know two new colloquial expressions you can use when you speak in Spanish. And if somebody asks you where you’ve learned them and you want to be a bit mysterious, you can always say me las ha dicho un pajarito (a little bird told me them). Any Spaniard you say this to will have no problem understanding you, but if you’re talking to a classmate who’s also studying Spanish they might be a bit confused. Do Spanish birds talk?

Of course, in Spain and Latin America, as in most of the world, parrots are the only birds that can talk. People use the expression Me lo ha dicho un pajarito when they don’t want to disclose who they got their information from. So don’t worry, no one will think you’re a Disney princess who talks with animals.

Do you like learning expressions with animals? Here’s a video we’ve prepared so you can learn (and use!) a lot more of them: