Being red-hot vs. turning red

Like many languages, Spanish is full of common expressions that talk about colors. We’re going to start with our favorite color here at don Quijote: red. Here are a couple of expressions that you’re sure to come across in your day-to-day life in any Spanish-speaking country. 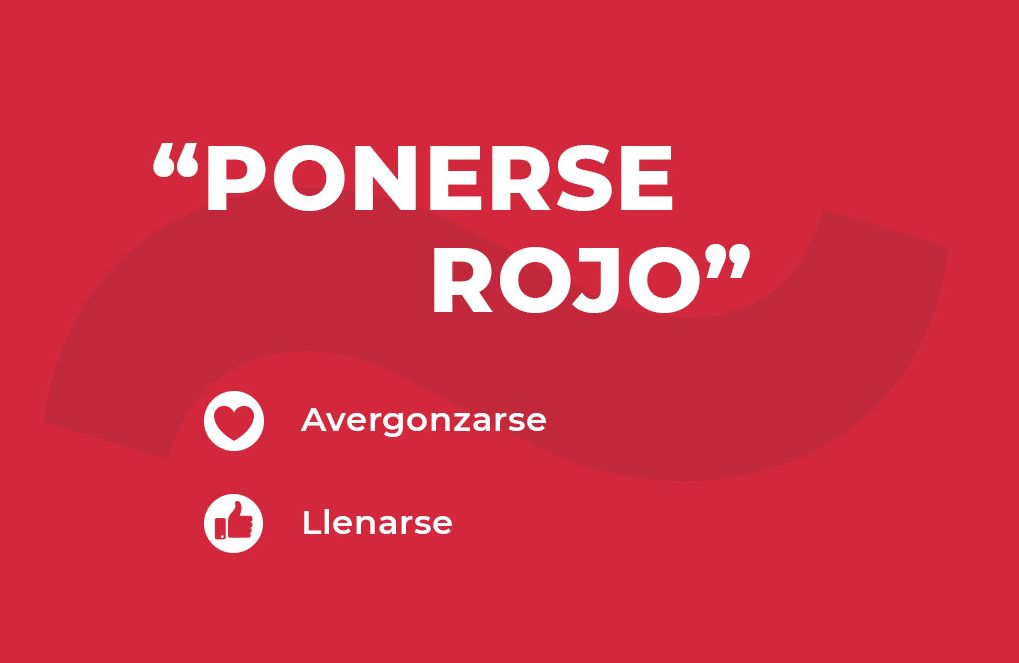 We say something está al rojo vivo when it’s at its most interesting or highest point of tension. Let’s look at some examples:

As you can see, estar al rojo vivo can refer to something exciting (and therefore something positive, if we’re talking about a sporting event or a movie), or it can be used in a negative way to refer to a tense situation.

So, where does this expression come from? Like many sayings we use today, it harks back to something that’s been around for centuries: the work of a blacksmith. To forge iron and other metals, blacksmiths first need to get the metal red-hot (al rojo vivo) by putting it in the fire until it reaches a high temperature and becomes soft enough to shape. When this happens, as you may have seen for yourself at some point, the metal takes on that intense, glowing red color that the saying refers to.

Of course, we all know that you shouldn’t touch red-hot metal if you don’t want to get burned — that’s what this fiery expression refers to. In a similar way, you can also say that an issue or situation está que arde (is burning) or is candente (red-hot or white-hot).

Another common expression you’ll hear anywhere Spanish is spoken is ponerse rojo or ponerse colorado. We're not talking about what happens to your skin if you stay out in the Spanish sun too long; it’s used when someone is blushing, usually because they feel embarrassed. You can use it in a lot of different situations, from the most mortifying, like when you make a mistake or something happens that makes you wish the earth would swallow you, to moments that fill your heart with joy, such as someone you like giving you a compliment.

There’s another saying with a similar meaning that also uses colors: me han subido los colores. You can use this expression when someone scolds you for something you’ve done (or haven’t done, if your Spanish teacher is admonishing you for not having finished your homework) or when someone flatters you and makes you ponerte rojo (blush).

Now that you know the meaning of these expressions with the color red, would you like to see more Spanish sayings that use different colors? We made a video to help you learn them: