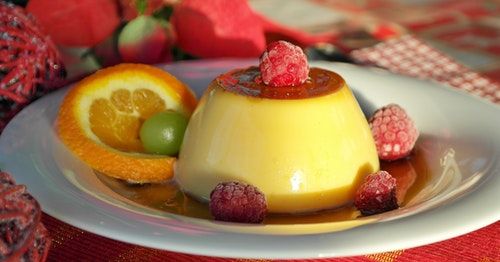 Why tell a friend they look nervous when you can say they’re like flan (estás como un flan)? Isn’t it much more fun to talk about someone who has bad milk (tiene mala leche) instead of calling them grumpy or bad-tempered? One of the most wonderful things about Spanish is the rich variety of expressions you can use to describe reality in a whole new way.

Food provides an endless supply of sayings and expressions we can use to talk about feelings and emotions. One colorful example is ponerse como un tomate, which is about feeling embarrassed. Today, we’re going to see how food can be used to illustrate nervousness and anger. Keep reading in English or click here to switch to Spanish.

Flan is one of the most typical foods in Spain and Latin America when it comes to dessert. It’s made with eggs, milk, and sugar and is known for its light texture. In addition to its natural ability to please every palate, flan is also useful when you want to describe someone who is nervous. For example, people are usually como un flan before a big test.

The origin of this expression is purely visual. When a person is nervous, their body starts to tremble. Flan’s very light texture causes it to shake with the smallest movement. Thus, getting nervous is analogous to ponerse como un flan.

One of the ingredients found in flan is just what we need for our next topic. This common Spanish expression comes in very handy when you want to talk about people who are easily irritated or annoyed: tener mala leche. 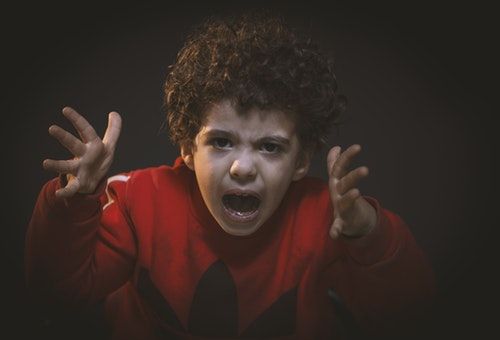 Long ago, people believed that the milk a baby drank would influence their personality when they grew up. By this logic, a baby who drank bad quality milk would be more likely to become a difficult person.

Continuing with the previous example, you’ll probably be de mala leche if you failed an exam even after you studied hard for it. In other words, you’d be mad!

If you’re still feeling hungry, we recommend you watch the following video. You’ll find lots of other expressions with food to help you win your way to your Spanish friends’ hearts through their stomachs. ¡Que aproveche! (Bon appétit!)