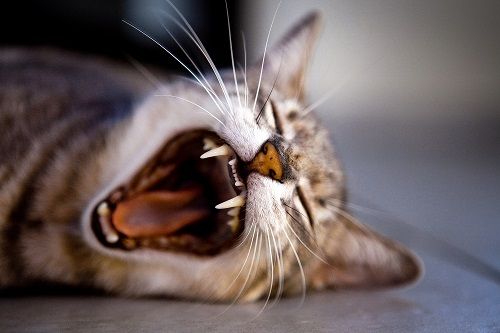 Here don Quijote we’re very open about our love for cats. That’s why we couldn’t leave our whiskered friends out of our weekly overview of the most interesting Spanish expressions. Thanks to them, Spanish is a little bit richer.

Are you ready to learn some sayings about gatos? Continue reading this post in English or click here to switch to Spanish. (Tip: if you read the English version first, you’ll have an easier time understanding the Spanish and improving your reading comprehension later.) 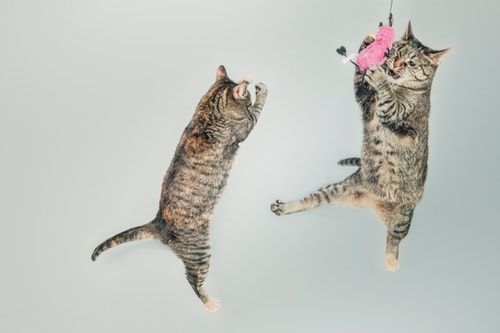 A picture is worth a thousand words. If you saw a cat lying on its back with its claws in the air, approaching it would probably be the last thing you’d want to do. Right?

When applied to people, the expression to defend oneself like a cat belly up means to aggressively defend oneself from someone or something. You see, cats assume this position when they want to protect themselves from danger. This way, they’re protecting their back and are free to attack with their teeth and claws.

(Maria defends herself against her coworker’s attacks like a cat belly up. She doesn’t want to get a bad reputation at the office.)

In this example, Maria works hard to defend herself and prevent her image from being tarnished by another person. Defenderse con uñas y dientes (to defend oneself with nails and teeth) is a similar expression that also makes use of classic kitty characteristics.

(The union fought tooth and nail to defend the worker’s rights.) 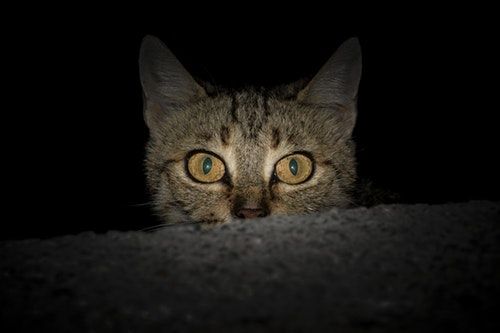 Today’s second expression means that at night or in a poorly lit setting it’s easy to hide the defects of people or things. Let’s see an example to better understand how to use it.

Where could this saying have come from? Well, there are at least two explanations. We’ll start with the most obvious one.

Cat coats come in different colors. In Spanish, one of them is pardo, a brownish mixture of different colors. When it’s dark, the human eye has difficulty seeing colors. Therefore, at night, all cats are the same color (or they might as well be, because that’s how we see them).

Using the example above, while the daytime someone might notice a flaw in your makeup, after nightfall the same flaw will probably fly under the radar.

This expression is also used to express the idea that when the sun goes down it’s easy to hide or disguise dishonest or embarrassing actions. This points to the second theory of the saying’s origins.

People who live in Madrid are commonly known as gatos. In the past, when the street lights of the city were far and few between or non-existent, it was hard to tell who was who in the darkness. That made nighttime ideal for committing crimes or dishonorable acts.

If you’re a fan of cats like we are, you’ll love the video below, where you’ll find lots of other feline expressions. We also encourage you to put your love of cats into action with our volunteer program in Playa del Carmen.

With this program, you can learn Spanish in Mexico while you take care of cats and dogs looking for a second chance at a local animal shelter. We hope to see you there!

« Next Article: Easter in Latin America: Symbols and Traditions