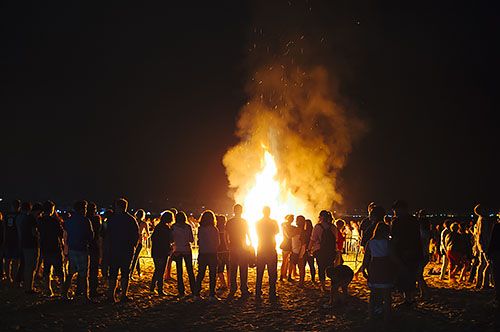 One of the most magical nights of the year is coming, a night when fire, water, and ancestral traditions join to welcome Midsummer's Eve on the shortest night of the year: St. John’s Night.

If you want to be ready for everything this June 23rd offers to you, keep reading in English or, if you dare to “poner la mano en el fuego” for your Spanish skills, click here to switch to Spanish.

St. John’s Night captivates both youngsters and adults for reasons that go beyond the Christian celebration it’s named after. While it is true that it’s called “St. John’s Night” to commemorate the birth of St. John the Baptist, the origin of this festival goes back to pagan rituals in which people celebrated the arrival of Midsummer's Eve by lighting bonfires to “strengthen” the sun as, from this date, the sun “weakens” as the days get shorter and shorter until the winter solstice.

For one reason or another, in the countries where it’s celebrated, the festivity maintains its most distinguishing characteristic, the lighting of bonfires to purify, to keep away evil spirits, and to move away from negativities. There are different rituals to achieve these ends, such as the burning of old stuff or dummies, but each place has its own traditions.

If we are going to speak about bonfires, we must begin with Las Hogueras de Alicante, also known as “Les Fogueres de Sant Joan.” The region of Valencia is famous its Fallas tradition, a festival full of flames and fireworks, so it’s not hard to believe that they celebrate St. John’s Night for a full 4 days, from June 20th to 24th, turning the city into the epicenter of a celebration that has been recognized as a Festival of International Tourist Interest. Besides the burning of huge statues made of papier-mache, cardboard, or wood in the bonfires, the festivity also has an offering of flowers, parades, gastronomy events, and fireworks at Postiquet beach. 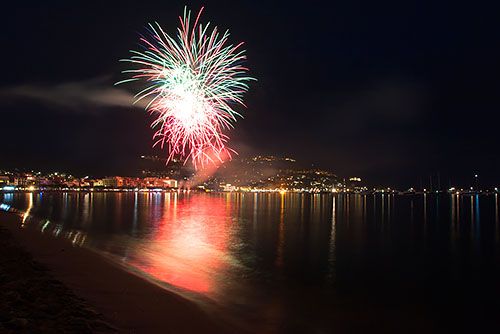 It’s the night of the moraga beach parties, and the Malagueños know it. Thousands of them go to the beach equipped with wood for the bonfires, food, good music, good company, and the desire to have a good time. At midnight, with the bonfires already burning, the rituals begin: the jumping contests, the burning of the “júas” (rag dolls filled with paper or sawdust and made to look like famous people and characters), the burning of papers where people write down their wishes, and a dip in the sea for anyone who wants to preserve their beauty until the following year. All this is accompanied with a tasty traditional skewer of sardines. 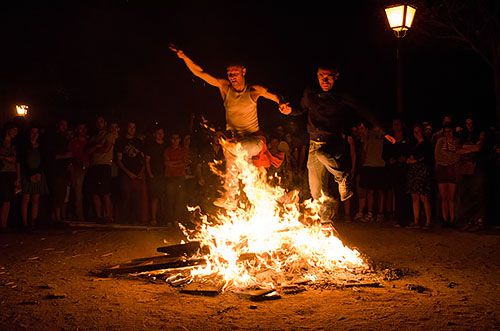 However, if we celebrate St. John’s Night in Buenos Aires, we will have more hours to enjoy it as we will be celebrating the longest night of the year, the winter solstice. Besides that, the traditions brought over to the new world by the Christians retain the essence of the celebrations on the old continent. In the neighborhoods of Buenos Aires, bonfires are lit to burn dolls called “Judas,” to set wishes aflame, and to cook delicious boniatos in the company of friends and family.

What about you? If you are wishing to get caught up in the magic and the mysticism of this celebration, you have two options: you can either burn a paper with your wish written on it and wait to see if it comes true, or you can take a Spanish course and live your dream firsthand.

» Previous Article: How to sign up for the SIELE exam in 5 easy steps

« Next Article:
Sueño de una noche de verano
» Previous Article:
How to sign up for the SIELE exam in 5 easy steps