10 Spanish Foods You Absolutely Have to Try: A Regional Guide to Spanish Cuisine 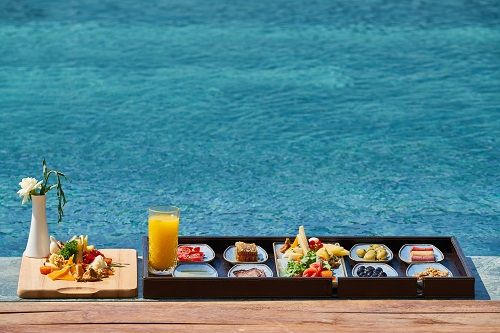 Eating well is part of the Spanish lifestyle! The wide variety of products makes Spanish cuisine one of the richest and most varied in the world. The diversity of cultures, climates, and landscapes has created a great range of meats, fish, seafood, legumes, fruits, and vegetables to taste in each region.

Below, you will find our compilation of some of the most typical Spanish foods you’ll find in the different areas of the country.

If you’d like to practice your reading comprehension as your mouth waters, read this post in Spanish.

1. Have you ever tried octopus? Pulpo a Feira is probably the most popular recipe in Galician cuisine. However, since food is one of the great tourist attractions of Galicia, this is not an easy call to make. Although there is a huge variety of local fish and seafood, you could argue that the gastronomic treasure of this region is Pulpo a Feira con Cachelos (cooked octopus and potato seasoned with olive oil, salt, and paprika).

2. As we move a little eastward, we reach the Principality of Asturias. Asturian cuisine is perhaps one of Spain’s most varied due to the region’s combination of mountains and sea. However, there is one dish you cannot miss if you go to the land of King Pelayo: La Fabada Asturiana. It is a stew made with fabes (Asturian beans) and compango, a trio of smoked meats (chorizo, morcilla, and tocino).

3. Once in the Basque Country and Navarra, you should give the popular pintxos a go. In Gipuzkoa, Donostia, and Pamplona, ​​one of the most beloved customs among food lovers (a group that includes almost all the locals) is to go out for pintxos. Tourists who visit this area of ​​Spain for the first time are surprised by the counters of the different bars and restaurants, which are full of this delicious delicacy. Normally, a pintxo consists of a slice of bread with food on top. 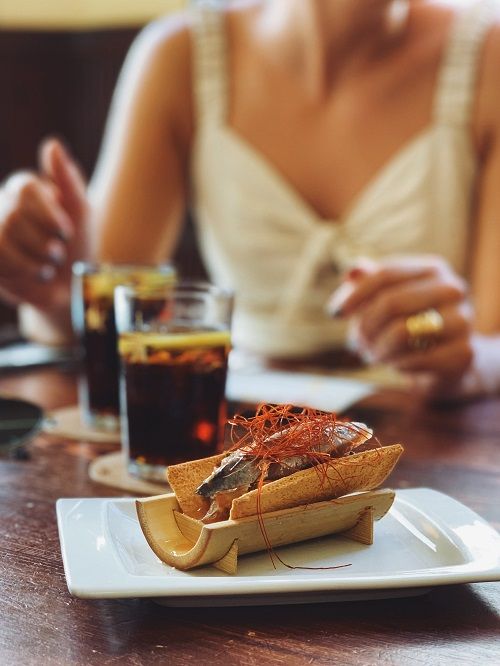 4. Arriving at the Spanish Mediterranean coast, we will taste the famous pan tumaca, or bread with tomato. It is considered one of the oldest and simplest examples of Mediterranean cuisine, and although it has spread throughout Spain (especially as a breakfast food), it is a recipe especially typical of ​​Catalonia.

5. If we head south, we will reach the Valencian Community. Along with Spanish tortilla, paella is surely one of the most internationally known dishes of Spanish cuisine. But not everyone knows where this recipe comes from. Although there are many variants nationwide, the most authentic one is paella Valenciana, which only contains rice, saffron, rabbit and/or chicken, green beans, and garrofones (a typical type of bean from the region).

6. Gazpacho is possibly the most refreshing dish of all Spanish cuisine. Although it is common in the whole country, it is the star dish of Andalusia. Gazpacho is consumed especially in summer (since it is a cold soup made with tomato, peppers, garlic, hard bread, cucumber, olive oil, and vinegar) and must be served very cold.

7. There is no person in the world (or at least there shouldn't be) who has gone to the Canary Islands and left without tasting their famous papas arrugadas (literally, wrinkled potatoes). They are made with the so-called papas bonitas (“pretty potatoes”), one of the hallmarks of the archipelago. The skin of these very small and soft potatoes is so thin that it’s common to eat the potatoes without peeling them. You just cook the potatoes with salt and make the mojo (a special sauce made with local ingredients). The mojo is usually green (made with coriander) or red (watch out, it’s a bit spicy). 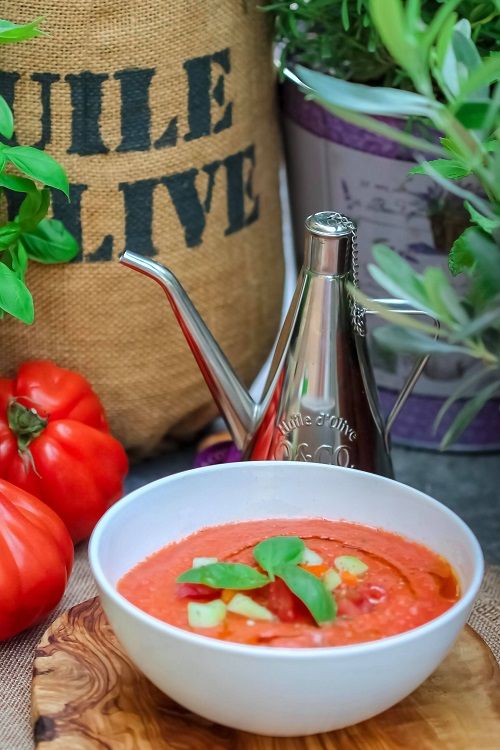 Although Spain is a country famous for its wonderful beaches, the interior of the country is also worth visiting, and it’s full of good recipes to discover.

8. One of the most typical dishes in the Spanish heartland is cocido. Due to its great caloric value, this very filling stew is usually eaten in winter. Although there are different variants (the best known are the montañés and the madrileño), the common procedure is to serve it in several separate dishes. The first is usually a soup, and the second consists of chickpeas and potatoes garnished with meat and vegetables. The broth obtained when cooking this garnish is used to make the soup.

9. Blood sausage is a very typical food in Spain too, especially in Castile and Leon. There are different varieties according to the province, but perhaps the most characteristic is the morcilla de Burgos. This sausage is made with pork blood, onion, lard, salt, ground pepper, sweet paprika, and rice, which is the ingredient that distinguishes it from other types of morcilla.

10. And, finally, we have migas del pastor (literally, shepherd’s crumbs). It is said that this recipe is a legacy from the Muslim people in Spain, and it’s typical in regions where there is a strong transhumant tradition. This dish is made mainly with breadcrumbs accompanied by meat and chopped vegetables. Although migas were traditionally consumed in rural settings, today they can also be found in many restaurants located in urban centers. 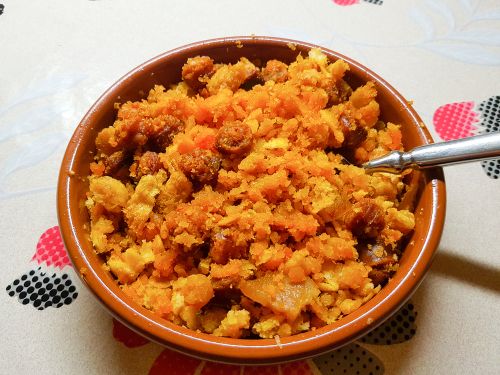 Which Spanish dish do you want to try first?

« Next Article: Saber vs. Conocer: How to Know the Difference