5 Things You Need to Know About La Tomatina 2019 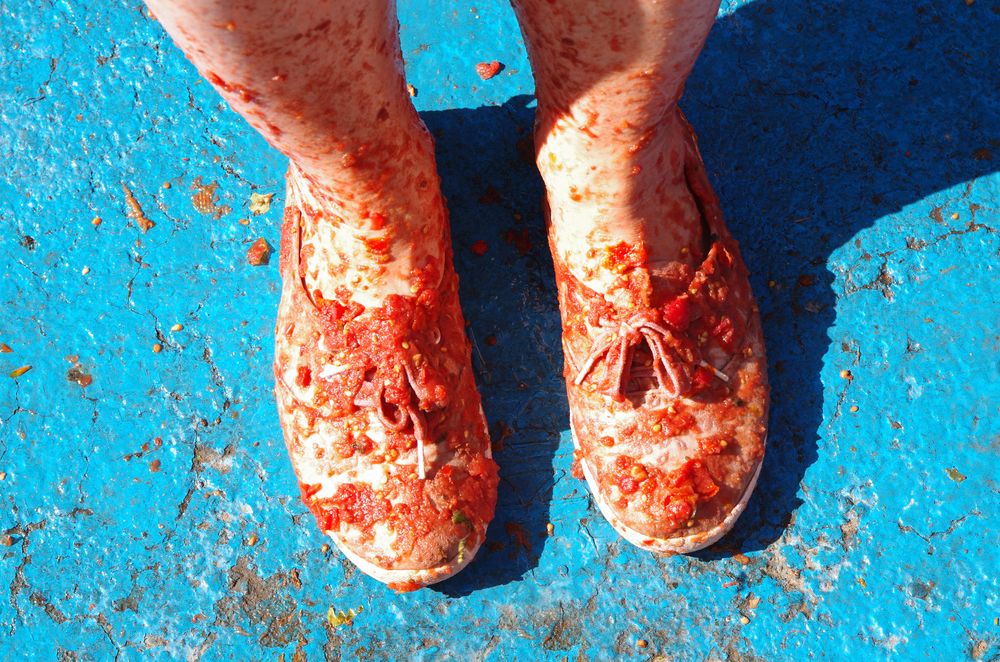 Would you like to release tension and reduce stress in a fun way? Within this post we propose one of the best plans to do so: La Tomatina festival in Buñol, Spain. Get your notepad ready!

The biggest food battle in the world takes place just over 25 miles from Valencia. La Tomatina is an internationally famous festival that turns Buñol into one of the favorite destinations for partygoers all over the world.

Although other activities are arranged throughout the week, the tomato throwing takes always place on the last Wednesday of August. In keeping with tradition, next Wednesday, August 28th, the streets and people of Buñol will be dyed red as they host one of the most original events of the year. You’ll find some tips to take advantage of this curious holiday below.

2. How did La Tomatina start?

The custom of throwing ripe tomatoes dates back to 1945. Although it is not known for certain how La Tomatina started, there are many popular explanations. One common interpretation is that it all began during a Gigantes y Cabezudos parade. Spontaneously, some young people began a fight using fruits and vegetables from the closest stand.

Finally, after several unsuccessful attempts to ban the celebration, La Tomatina returned to stay at the end of the 50s.

3. What do I need to participate?

To join in on one of the most unique fiestas in the world, just pick out your least favorite outfit from your wardrobe and get your hands on some eye protection (nobody likes tomato juice in their eyes). It is best to don some goggles so you can immerse yourself in this tomato pulp river with no concerns other than having a good time.

Although tomatoes are very good for the skin and are even used as a face mask, the stains are almost impossible to remove from clothes, so we recommend wearing an old t-shirt and some pants you don't mind ruining.

Do not worry about how to clean yourself up afterwards. At the end of the fight, the sticky streets of Buñol are washed down with a hose, and participants take advantage to remove any pieces of tomato they have stuck to them. You can also use the town's fountains or even take a bath in the river. 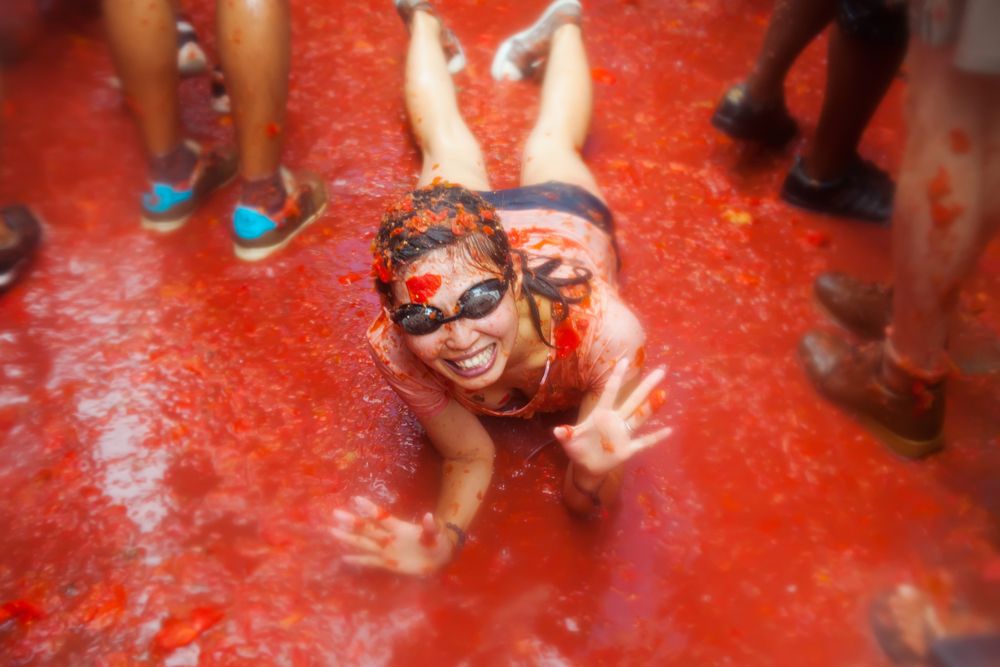 4. Rules and recommendations for La Tomatina

• The tomato throwing commences at about 10 a.m. with a contest known as palo jabón or cucaña. It consists of greasing a long pole with soap to make it slippery and putting a cured leg of ham at the top. The moment someone manages to reach the ham by climbing the pole, the starting gun is fired and the battle begins.

• Do not throw bottles or any other object that could be dangerous or cause damage. Only tomatoes are allowed.

• Squash the tomatoes before throwing them to avoid hurting other participants.

• Keep a safe distance from the trucks that carry the ammunition. They are the only vehicles you’ll see in the area.

• Stop throwing tomatoes when you hear the sound of the second gunshot, which signals the end of the fight.

• If you want to take pictures, bring a sturdy, water-resistant camera or protect it with a case.

• Book your accommodation far in advance.

• Arrive early: roads to Buñol are closed to traffic at 7:00 a.m. After that time, you will only be able to get into old town just by foot. It is highly recommended to park outside the city center.

• Follow the instructions of security staff at all times.

• You must buy your ticket in advance. Do so at one of the official points of sale.

5. La Tomatina in other places

Well, fun makes the world go round, doesn't it? Just like food, traditions cross borders: nowadays, we can find replicas of this festival in other countries around the world (Argentina, Costa Rica, Colombia, Chile, China, and South Korea, among others). 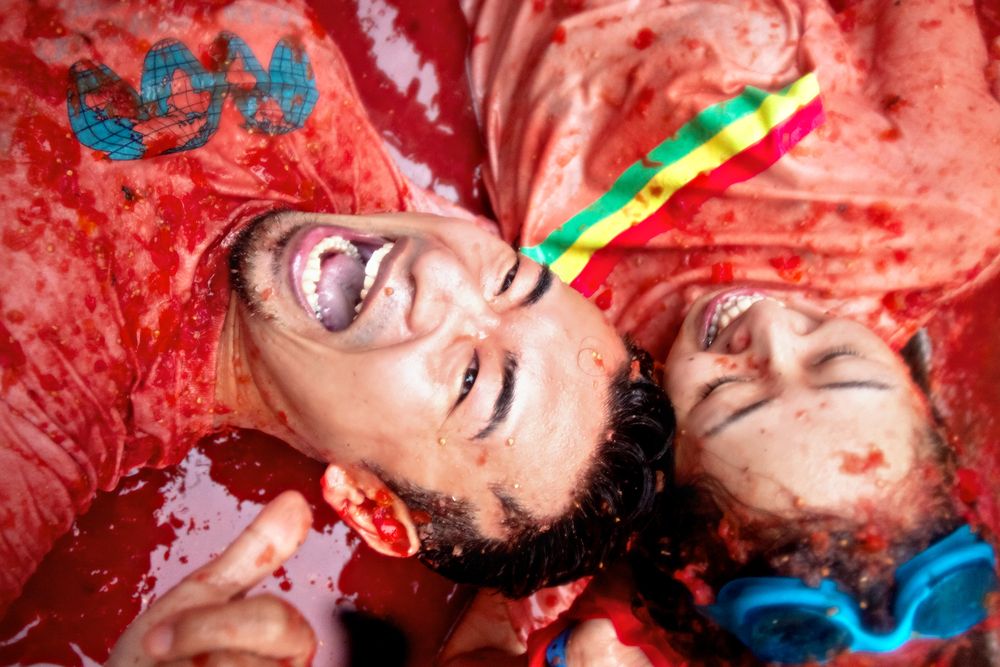 By the way, if you are thinking that La Tomatina sounds like a big waste of food, you should know the almost 140 tons of ripe tomatoes used are not suitable for human consumption. As the Spanish slogan says, “¡aquí hay tomate!” [1]

[1]Literally, “There is tomato here.” Figuratively, this Spanish saying means there’s a lot of something.