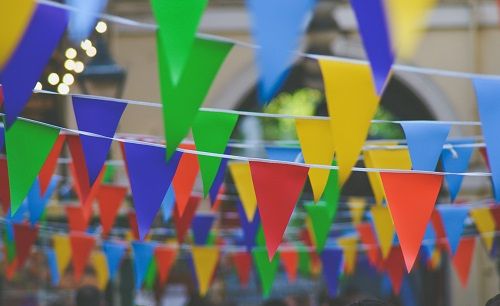 Located on the southern Mediterranean coast, Malaga is one of the most complete cities in the entire Spanish territory. In Malaga, not only can you find wonderful weather for sunbathing on the beach, but, in addition, you will have the chance to taste a varied local cuisine and to take advantage of a wide cultural offer.

Besides, from August 15th to 24th, you’ll be able to attend one of the biggest events of the year: The Malaga Fair 2019. Enjoy 10 days of non-stop celebrations during which you’ll be pleased with nice temperatures, local food, musical and cultural performances, fireworks, and much more.

Can you think of a better place to enjoy some cultural holidays in Spain and improve your knowledge of the language? Come to don Quijote Malaga for Spanish classes that will help you integrate into the local culture and enjoy an immersive experience in the Malaga Fair!

You can also read this post in Spanish to improve your reading skills.

Commemorating Malaga's accession to the Kingdom of Castile during the reign of the Catholic Monarchs, the fair has been celebrated every year since 1491. The festivity happens in August, so it is also known as the August Fair. 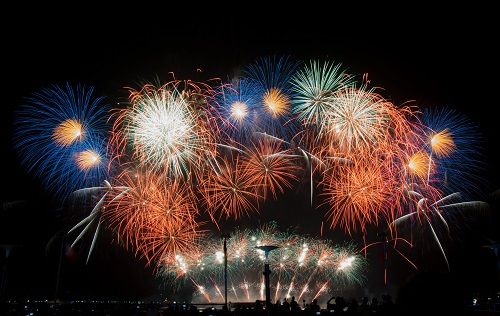 The Opening Speech and Fireworks (Malagueta Beach): Celebrations are inaugurated on August 14th. An opening speech, given by a famous person, is the starting point of the festivity. This year, Malaga-born actress Adelfa Calvo will be giving the speech. Then, at midnight, the fireworks will take place and, afterwards, the first musical event will be performed by the band Huecco.

Pilgrimage to the Shrine of Our Lady of Victory 2019: On August 15th, a festivity to honor the Assumption of Mary is celebrated in many Spanish cities, and Malaga is no exception. Starting downtown at 11:00 a.m., a procession makes its way through the streets of the city towards the Shrine of Our Lady of Victory, the patron saint of Malaga. The pilgrimage is accompanied by traditional songs and dances, and once there, flowers and a mass are offered to the patroness. When the religious events are over, the fiesta goes on in the center of the city.

Music and Concerts at Malaga Fair 2019: If there’s one thing that’s characteristic of Malaga Fair, it’s the musical performances held in different corners of the old town and the fairground. Apart from the traditional Malagan music of Calle Larios (verdiales, sevillanas, flamenco, charangas, and more), you can dance sevillanas or enjoy pop music at the bars downtown. In addition, concerts take place at the Municipal Auditorium (Spanish bands such as Rosario, David de María, Andy and Lucas, and Camela).

Bullfighting at Malaga Fair 2019: Despite some controversies, bullfighting is a strong tradition in Spain, especially in some regions such as Andalusia. The bullfighter thrills the audience by following a series of rules and cultural dances before killing the bull. Hundreds of people will be attending the event at La Malagueta bullring each evening starting at 7:30 p.m (August 14th to 22nd).

Where to Eat and Drink at Malaga Fair 2019:  Food and drink are also essential during these days. You will find a wide range of traditional dishes (croquettes, Spanish tortilla, fried peppers, skewers, sausages, and, of course, the typical Andalusian fried fish or pescaíto frito) at the fairground food stands. If you go at lunchtime and find some room, you may be lucky enough to try out the tasting menu for free!

If you prefer to stay downtown, there is a great variety of restaurants open on these days of celebration. Don’t leave without trying pescaíto frito, ham, cheese, prawns and shrimps, gazpacho, and, of course, one of the most typical dishes in the area: ajoblanco, a delicious cold soup.

Of course, you’ll also need something to drink at the fair. Some of the most common drinks are Cartojal (a very characteristic wine from Malaga), tinto de verano (a cold summer drink made with red wine), and rebujito (sherry wine with soda water).

And if you still have enough energy, the final touch is attending the historical parade. The moment the Catholic Monarchs and their army entered Malaga so many centuries ago is reenacted with music and different dance performances. It is the perfect time to enjoy your last glass of Cartojal before saying goodbye to the fiestas. Are you in? 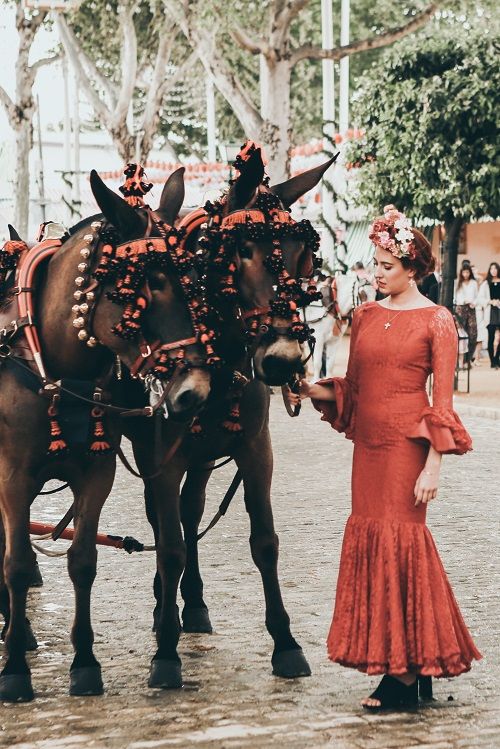 « Next Article: Discover the 5 Best Photo Spots in Barcelona