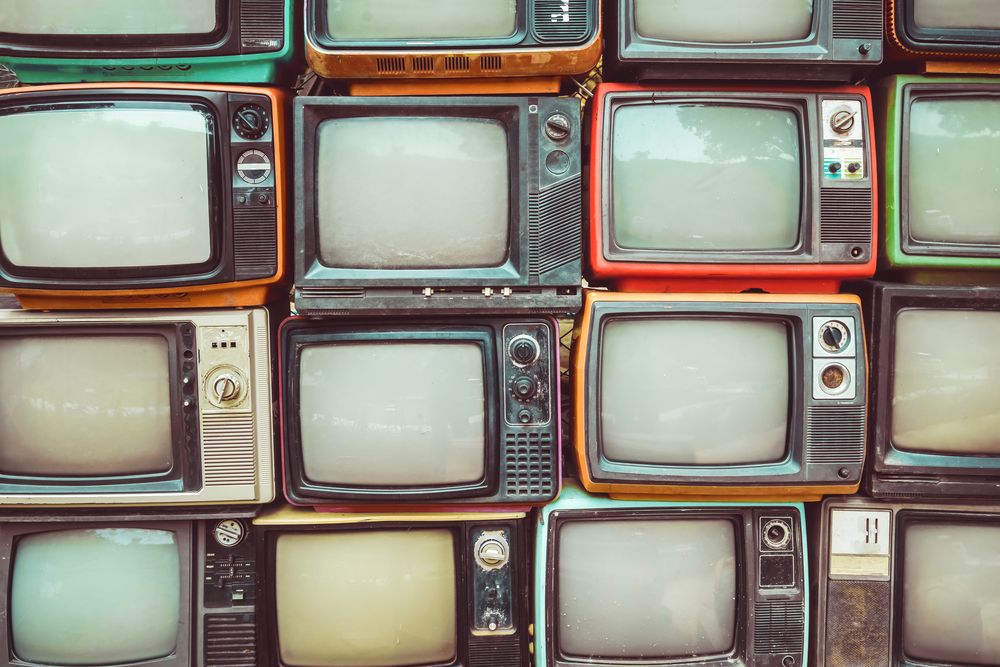 Grabbing your remote control and turning on the television is probably one of the activities you perform most frequently at home.

However, do you know how much work is actually behind this simple move? Keep on reading in Spanish to find out.

A Little Bit of History 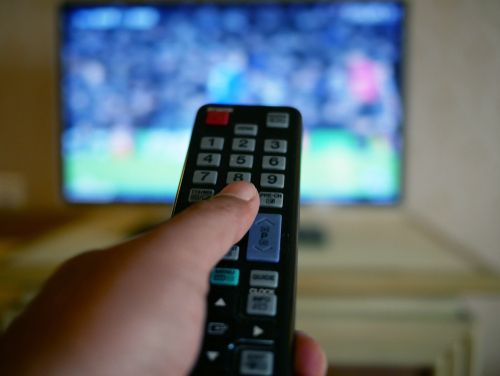 Before television appeared as we know it today, many technological advancements took place. Some of those experiments led to the emergence of the modern TV.

Back in 1884, people managed to project the light objects issue using a metal disk and a light. However, it wasn’t until 1925 when they used these disks together to make up a real image. One of the disks worked as an issuer and the other one as a receptor.

Little by little, they kept on increasing the distance between both disks and repeating the same experiment, but through a telephone wire.

Five years after that test, in 1930, it took place the first simultaneous broadcasting: image plus audio. But what we know today as TV was still far from being achieved.

This broadcasting was the first of many of them, but they were all irregular and not scheduled.

In 1936, England started broadcasting with a consistent programming, and the United States began doing so in 1939. During the middle of the 20th Century, television started to spread throughout the world.

And What About Color Television? 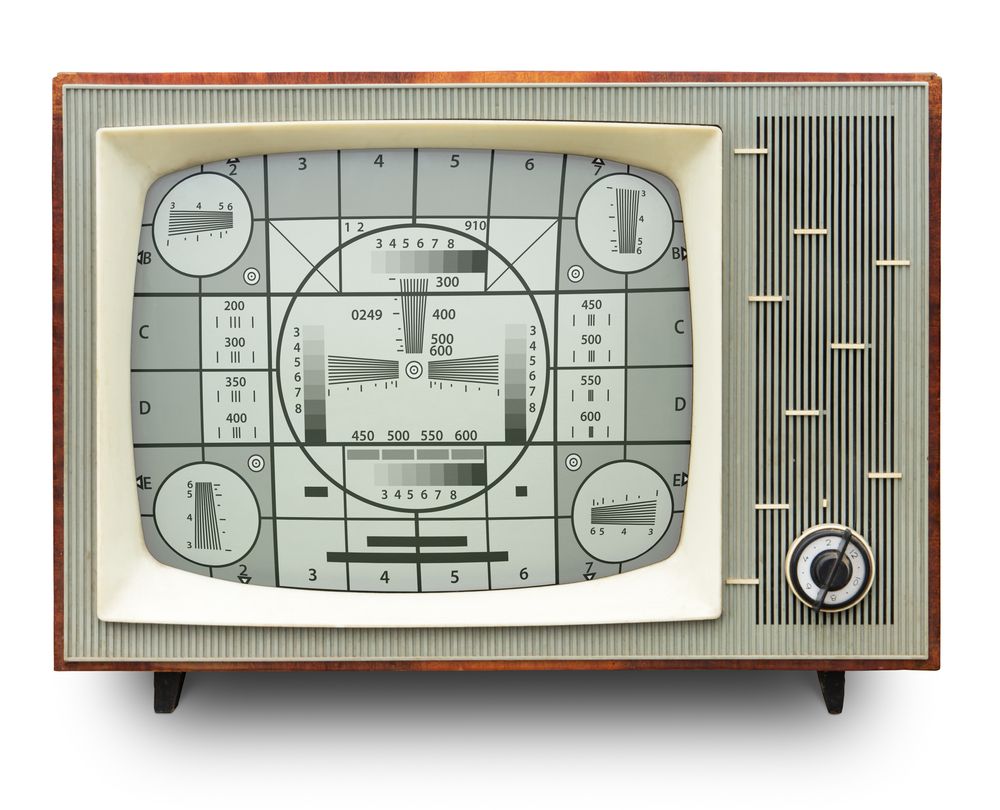 During all this time there were a lot of scientists trying to achieve color images. But it wasn’t until 1970 when we finally got screens that could show the real color of objects.

Over the years and with a little help from the technological advancements, TV improved its quality and reached more and more houses.

And if you think that’s already a big improvement, wait to see what happened in the 80s. With digitalization, video production and broadcasting reached a whole different level of quality and speed rates.

As a consequence, TV started replacing the radio as the most popular medium for information.

However, these advancements didn’t arrive at the same time to all countries.

While England’s first broadcasts took place around 1936, in Spain we had to wait 20 years more for that. The ordinary broadcasts at the time were mass ceremonies, official speeches, classic music concerts, etc.

In 1959 it took place the very first TV broadcast in Spain: a soccer match. It was Real Madrid playing against Barcelona, causing TV sales to increase significantly before the game.

Until that point, all TV screens sold in Spain were imported. In 1960 they started being produced in the country and, as a consequence, they became cheaper. By the end of the decade, there was a television in almost 40% of the Spanish households.

The first color broadcasting that took place in Spain was the Eurovision Song Contest in 1969, live from Madrid. However, as the cameras and the rest of the equipment was provided by other countries, that was only an exception.

From 1973 on, black and white and color broadcasts shared space in Spain. But in 1978, color took over the power of TV. 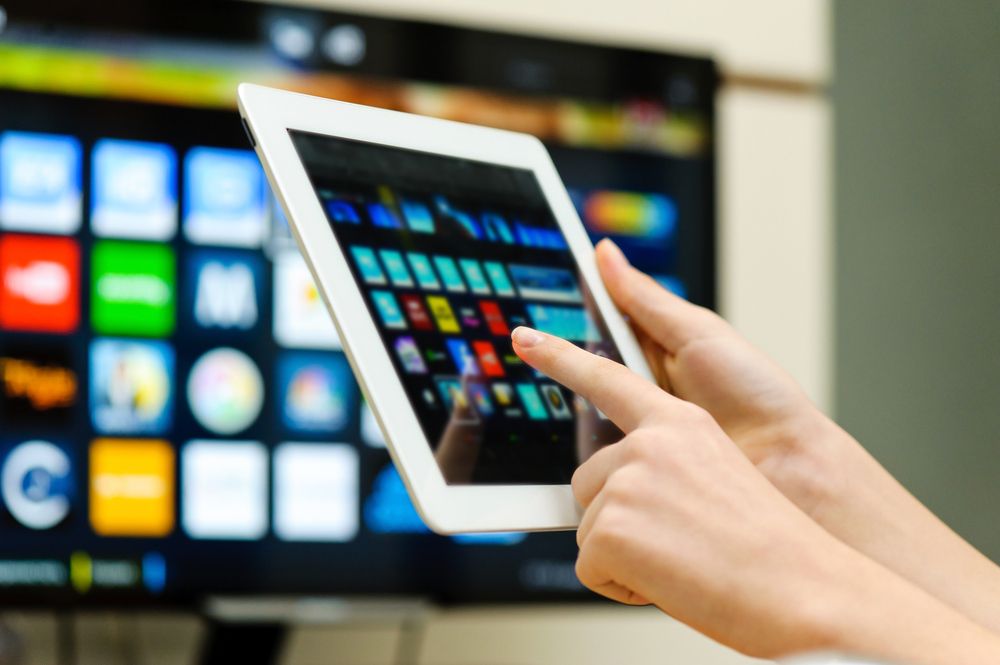 And because such advancement should not be forgotten, since 1996 we celebrate World Television Day on November 21, commemorating the date on which the first World Television Forum was held.

The United Nations countries came to an agreement to make TV a broadcast medium for news and relevant information, promoting shows that were focused on peace, safety and social development, among other topics.

And what’s left of this story, you probably know it firsthand. DTT (Digital Terrestrial Television) made it possible to watch more channels with improved image quality and services. Nowadays, we talk about Smart TVs, apps and cutting-edge streaming platforms.

« Next Article: Mixed languages: A Different Kind of Spanish