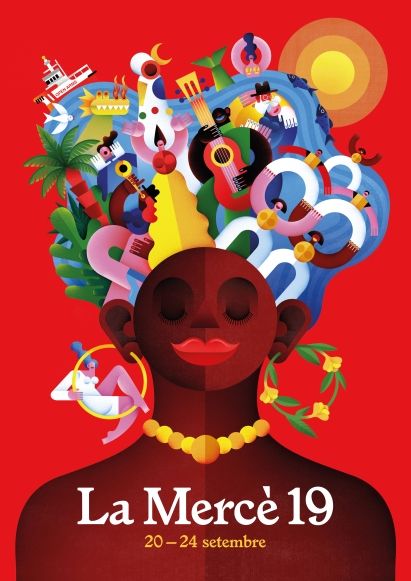 September 20 to 24 is fiesta time in Barcelona

For many, September is a time to say goodbye to summer and head back to school or work. However, people in Barcelona have something spectacular that softens the blow of returning to the daily grind: their biggest celebration of the year.

During the La Mercè festival, the streets of Barcelona fill with gigantes, concerts, exhibitions, and, of course, traditional human towers called castellers. Keep reading in English or click here to read this guide in Spanish and fully immerse yourself in the modernism, international ambiance, and vast cultural agenda Barcelona offers its visitors during this special time.

The origins of the festival

As we explained in our article about the different types of Spanish fiestas, many cities and towns dedicate their biggest yearly celebration to their patron saint. La Mercè, or the Virgin of Mercy, is the patron saint of Barcelona. Do you know how she got that title?

According to legend, around the year 1200 the Virgin appeared to three important people: King James I of Aragon, Saint Peter Nolasco, and Saint Raymond of Panyafort. She asked them to create a new monastic order to face the attacks of the Saracens during wartime.

Centuries later, when Barcelona was suffering a terrible locust infestation, the people asked the Virgin of Mercy for help. When the infestation was eradicated, the city named La Mercè patron saint of Barcelona in thanks for her protection. 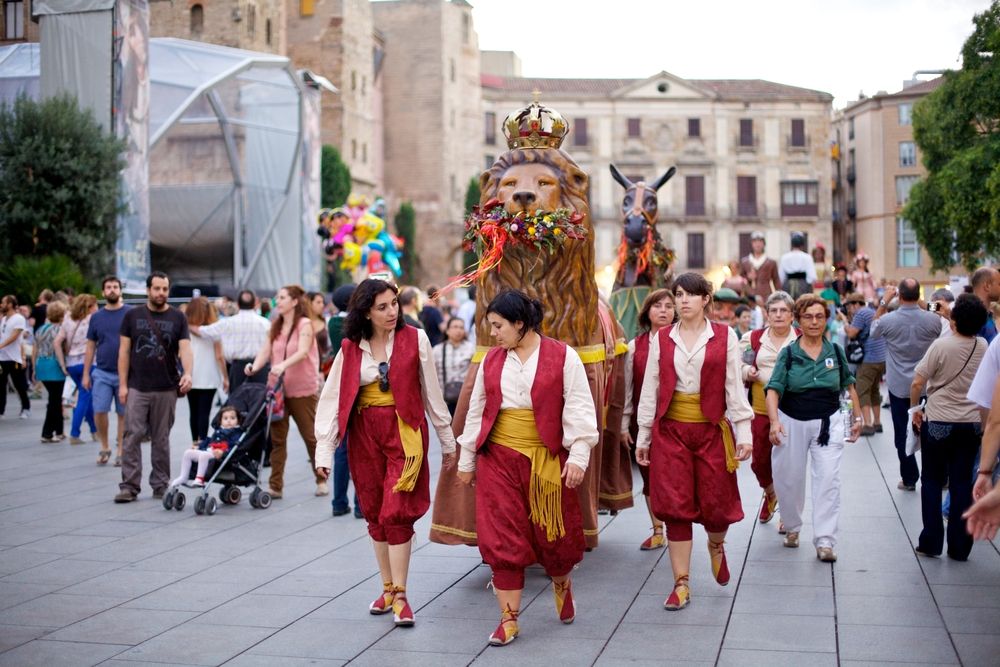 The La Mercè Festival has a wide variety of activities with something for everyone. In 2019 the invited city of Beirut, capital of Lebanon, will be organizing some activities in collaboration with the local government of Barcelona. Manuela Carmena, former mayor of Madrid, has the honor of kicking off the celebration this year in show of unity between Spain’s two biggest cities. Here are some of the activities you won’t want to miss:

One of this festival’s strong points is the free outdoor concerts. Parc del Fòrum, Plaza de Cataluña, the area around Montjuïc, and Plaza Real are just a few of the spots you can check out to enjoy music.

Many Spanish artists will be playing in Barcelona during the festival, including Carlos Sadness, Elefantes, and Miki Núñez, who was Spain’s Eurovision contestant this year. La Mercè has also invited international artists, such as Carlos Baute from Venezuela and Chloe Phillips from the U.S. 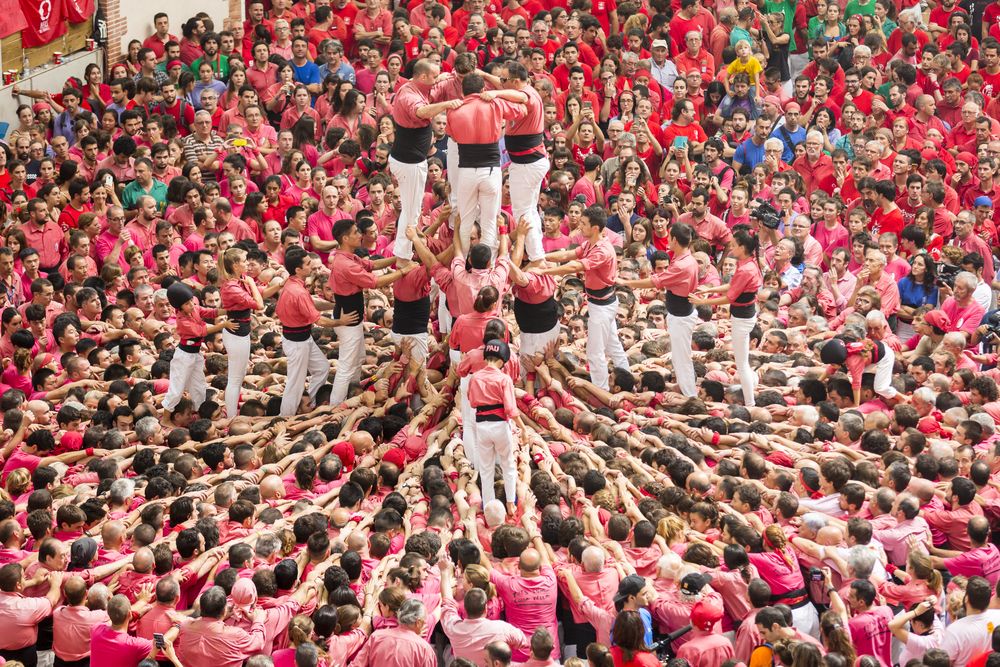 During the day, Ciudadela Park will be filled with street performers specialized in theater, dance, juggling, and other disciplines. Gigantes and cabezudos (impressive costumed figures with enormous papier-mâché heads) will be roaming the city squares, and there will be no lack of typical sardana dancing and the traditional castellers (pictured above).

When the sun goes down, light and fire take over the streets. Correfocs (fire-runs) and ball de diables (devil dances) light up the night with sparks and fireworks. Plaza de Sant Jaume is one of the best places to enjoy these spectacular events. If you’re a fan of photography, don’t miss this opportunity to capture these utterly unique moments.

You can also enjoy a pyromusical show at the Magic Fountain of Montjuïc. If you can’t get enough of the beach even in September, Barceloneta Beach is a good viewing point for fireworks shows all week long. 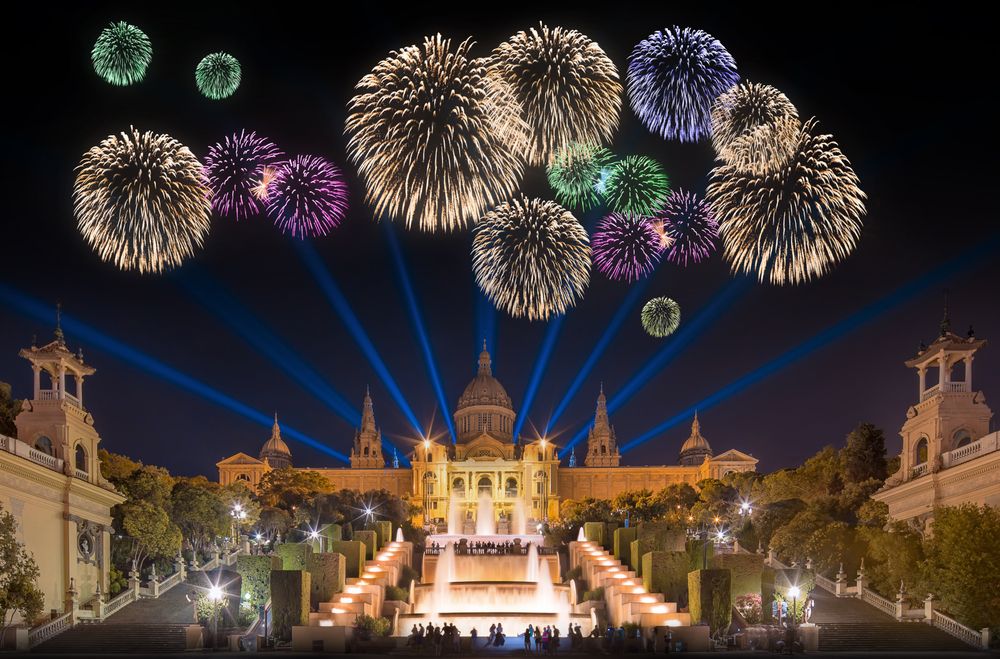 The outdoor portion of the La Mercè program goes hand in hand with a carefully curated cultural agenda. On September 24th you can enjoy open houses at several historic buildings and monuments, including the Monastery of Pedralbes, the Picasso Museum, and the Palau de la Generalitat.

To dive into Catalan mythology, we encourage you to visit the exhibition of dragons and fire beasts at the Born Cultural Center.

If you’d like to discover the magical city of Barcelona for yourself, we invite you to come during the best week of the year. Make the most of your time and take a Spanish course at our school so you can fully immerse yourself in the fiestas of Barcelona.