To the End of the Earth: 8 Stops for the Best Road Trip Through Patagonia 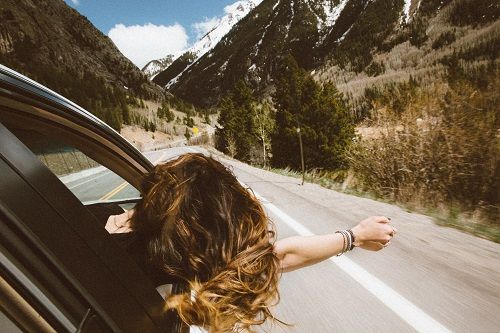 As Mark Twain said, 'One must travel to learn’. At don Quijote, we are perfectly aware of the importance of exploring and discovering new cultures and ways of seeing the world, especially when we want to learn a foreign language and truly master it. For this reason, we want to dedicate today's blog post to propose a fascinating road trip through the Patagonia of Chile and Argentina, a trip to awaken all the senses, as well as a perfect opportunity to escape winter and learn Spanish in Latin America.

Continue reading or switch to the Spanish version and practice your reading skills.

We have designed this road trip for all those who want to have an unforgettable experience full of adventures and challenges to overcome, an experience full of paths to travel and landscapes to admire. We have prepared a travel itinerary with 8 stops in some of the best destinations to visit in the Patagonia of Chile and Argentina. It is highly recommended to take this trip at this time of year (between the months of December and March), since they are in summer and temperatures are much more pleasant.

But Chile and Argentina are huge, so it would be too long to take a road trip through all their territory. For this reason, we have focused our route on Patagonia. We will cross the borders of both countries on different occasions, being able to enjoy a great variety of scenarios: from inhospitable places with majestic glaciers, to bustling metropolises and wonderful mountain landscapes. 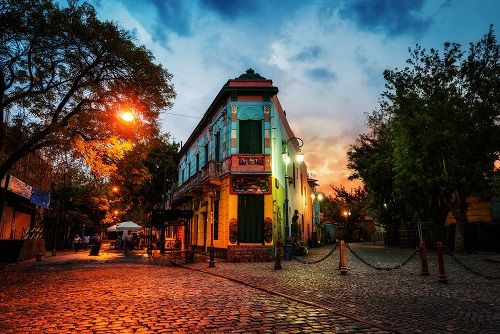 Buenos Aires is the capital city of Argentina, a place that gives off a contagious energy, a city that spreads fascinating enthusiasm to the millions of people who visit it every year. It is the cultural heart of the country, but also the birthplace of tango and the world capital of theater. Take advantage of this stop to meet the sociable porteños —the “people of the port” in the Buenos Aires region— and enjoy a total immersion in the language and culture of this vibrant metropolis. 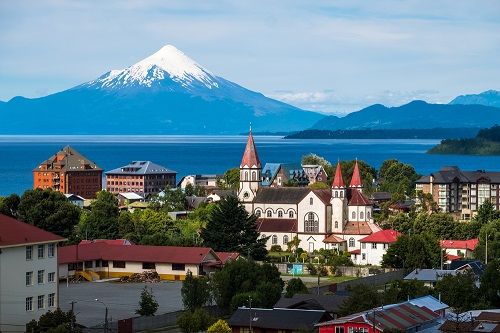 After a long (but fascinating) drive from Buenos Aires, we will arrive in San Carlos de Bariloche. Located in the province of Río Negro and next to the Andes mountain range, it is the most populated and visited city in Patagonia. The main attractions of Bariloche are its incredible natural reserves, full of forests and lakes, and its well-known ski resorts. In addition, Bariloche was declared "world capital of adventure tourism" in November 2012 and has one of the most important scientific and technological centers of the American continent. 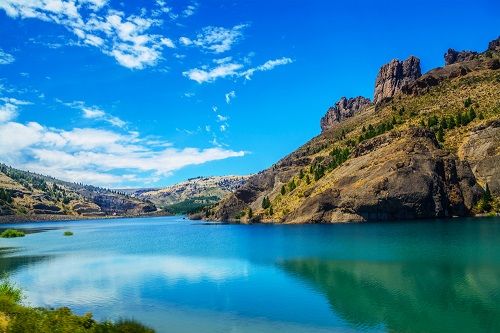 And, through the wonderful landscapes of the Puyehue National Park, we move to Puerto Varas, in the Los Lagos region, southern Chile. It is a beautiful city of German colonial style that is located on the banks of the great Llanquihue lake, and from which we can enjoy spectacular views of the still active Cabulco and Osorn volcanoes. 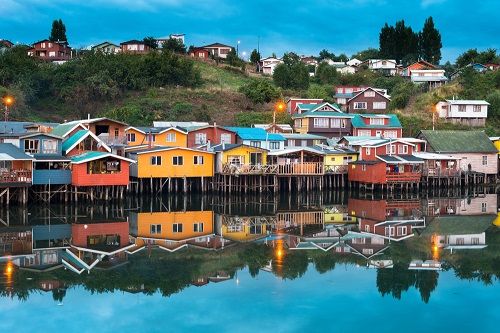 Taking a ferry in Puerto Coronel, we will reach Chiloé Island, within the same region of Los Lagos, in Chile. Castro, its capital, offers a great group of churches that were declared World Heritage by UNESCO in 2000; as well as the characteristic palafitos, a type of construction carried out on a kind of wooden pillars by the sea. 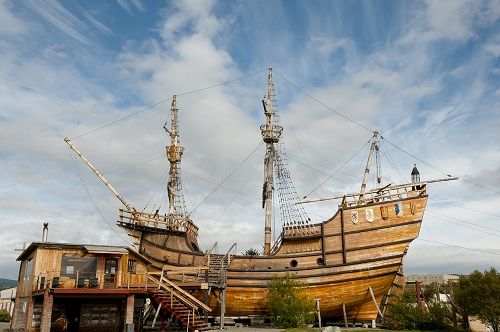 After one of the longest journeys on our route, we will arrive at Punta Arenas, very close to the so-called “end of the earth” (excursions are made to Antarctica and nearest deserts).  Located in the Strait of Magellan, where the Atlantic and Pacific Ocean meet, it is the southernmost point of Chilean Patagonia. You will admire the monument to Hernando de Magallanes, located in the famous Muñoz Gamero square; as well as the interesting Nao Victoria Museum, where you will contemplate a replica of one of the galleons of the Portuguese explorer and navigator. 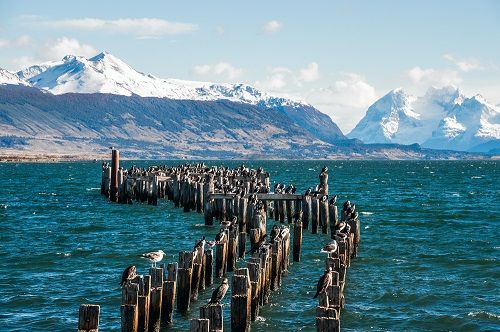 Puerto Natales is a port city located in the southern part of Chilean Patagonia, on the banks of the Señoret channel. In the city, we can visit the Municipal Historical Museum, where some history and tools of the indigenous population of the area are exposed. In the northern area, we can explore the impressive Milodon Cave, an important settlement during prehistory. In addition, Puerto Natales is the main entrance giving access to Torres del Paine National Park, as well as the port from where ferries crossing the Patagonian fjords leave. 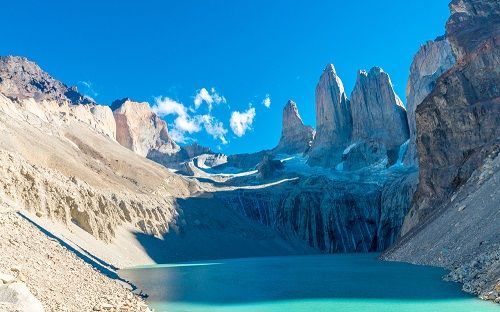 It is a National Park known for its impressive mountains; its turquoise blue lakes; its majestic glaciers; and its golden-colored meadows, home to different endemic species of South America (such as the guanaco, a kind of alpaca typical in the area). Some of the main attractions in Torre del Paine are the construction composed of three white granite towers giving name to the park, and the popular horn-shaped peaks, known as “Cuernos del Paine”. 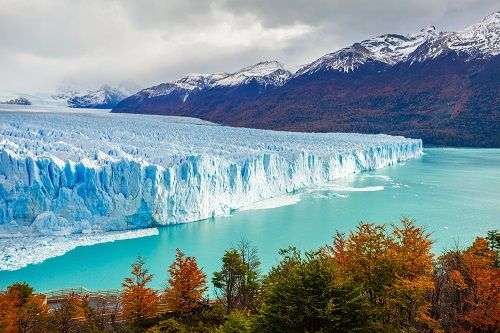 Once again, we cross the border, this time to reach Calafate, in the Argentine region of Santa Cruz. It is a city near the Southern Patagonian Ice Field, the gateway to Los Glaciares National Park. In this park, you will admire the impressive Perito Moreno glacier. In addition, you will have the opportunity to explore the interpretive center called Glaciarum, which serves as an introduction and presentation for the numerous glaciers of the place.

As you can see below, in the route that we have designed especially for you, we have marked the path to return to the city of Buenos Aires, place from which we started this wonderful trip. We hope you love today's blog post, and, above all, that you are fortunate enough to make this exciting road trip through the Patagonia of Chile and Argentina. Just don't forget to share all your experiences!

« Next Article: Double Negatives in Spanish: Learn How to Use Them