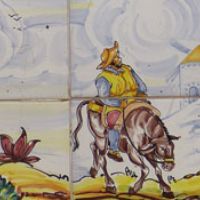 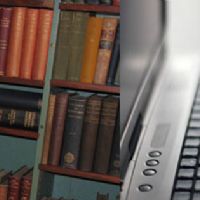 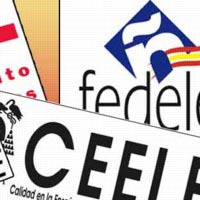 You have already decided to learn Spanish but don’t have a clue where to go. Choosing the right language course is a tough decision and based on some criteria… read more »

How to write a CV and cover letter in Spanish

Doing a job or internship in Spain is a great way to practice your Spanish in a real Spanish-speaking environment. Your CV ( curriculum ) and cover letter ( carta de presentación ) are key to helping you get the job that you want, so here are a few tips on how to put them together and some vocab that you might find useful:… read more »

Getting back into Spanish

After a stressful departure that included weighing my suitcases to the exact milligram, saying goodbye to the parents and a huge queue at security, I was now sitting on the plane ready to jet off and start my adventure in Spain. I had a six month internship in Salamanca, a city that I was told was home to friendly inhabitants, fantastic architecture, a great university and exciting nightlife too! I had everything to look forward to, but I couldn’t help being just a little bit petrified. And all for one reason – speaking Spanish, with real Spaniards… read more »

Thinking about studying at don Quijote?

Whilst researching things to do in Salamanca this weekend, an article that I stumbled across caught my eye. Detailing the experience had by a Don Quijote competition winner, one can clearly see within this why you should consider a stay here with us!… read more »

Who else wants to go to Summer Camp in Spain!?

If you sign up before March 30th, we will give you 15% off the regular Summer Camp price!… read more »

Geared towards gifted Spanish students, don Quijote schools will participate in sponsoring the 2010 annual adventure with Ruta Quetzal BBVA to Spain and Mexico. The Ruta Quetzal BBVA excursion will fuse cultural experiences on a mission to explore Spain´s Camino de Santiago and the Mayan ruins of the Yucatan Peninsula. The trip will bridge the gap between Spain and Latin America and connect exceptional students from Spain , Portugal, Brazil, South America , and Central America … read more »

They grinned when the waiter spoke to me in Spanish

by Stephen Maher on Wednesday, February 3, 2010

Perhaps you´ve seen this type of headline before, maybe substituted for a language other than Spanish . The fact remains that Spanish is one of the worlds most widely spoken languages. And if you can read this you already have 1 of the top 3 languages spoken worlwide, the first one being Mandarin Chinese..… read more »

Would you like to study Spanish this spring on the shores of the Pacific Ocean or on the warm waters of the Caribbean?… read more »

Letter from a don Quijote student to a Salamanca newspaper

We are very proud to announce that “ La Gaceta de Salamanca ,” a local newspaper in Salamanca, recently published in November 2009 a letter written ( in Spanish! ) by a don Quijote student … read more »

If a few weeks ago we told you we were working hard renovating the www.donquijote.org homepage, then this week, it's your turn to check out our best web yet! … read more »

Remember that the upcoming registration for the November 2009 DELE exams is starting! Visit www.dele.org to find out more about the DELE qualifications, registration requirements, payment information and other important information… read more »

"Spanish" is no problem here in salamanca

Activities and Excursions in don Quijote schools Want to take up a dance class? Interested in watching a movie? Take a complementary Spanish culture course or go on an excursion. Consult the agenda and start planning your after-class cultural activities!… read more »

Courses in Spain for the official DELE certification

The D.E.L.E. (Diploma de Español como Lengua Extranjera) is an internationally recognized diploma of great value if you want to study at a Spanish University or if you are going to work in a Spanish-speaking environment… read more »

Spanish Reading aficionados and lovers of anything Spanish: listen up!… read more »