If a few weeks ago we told you we were working hard renovating the www.donquijote.org homepage, then this week, it's your turn to check out our best web yet! … read more »

Remember that the upcoming registration for the November 2009 DELE exams is starting! Visit www.dele.org to find out more about the DELE qualifications, registration requirements, payment information and other important information… read more »

June 20th, 2009 marks the first annual Día del español "Spanish Language Day" celebration in all of the Instituto Cervantes branches throughout the world. The purpose of this day is to establish a meeting point for Spanish speakers and to increase the visibility of the Spanish language, validating it as aninternational means of communication. An event to be enjoyed by the whole family family and visitors, Instituto Cervantes has organized a series of activities around Spanish words, their diversity and how they are perceived which begin at 11am local time of each branch… read more »

Courses in Spain for the official DELE certification

The D.E.L.E. (Diploma de Español como Lengua Extranjera) is an internationally recognized diploma of great value if you want to study at a Spanish University or if you are going to work in a Spanish-speaking environment… read more » 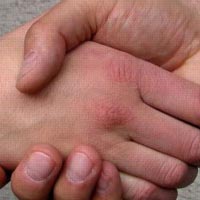