How to host a Spanish Dinner Party: Paella 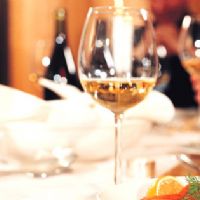 Spanish Food Spanish food is a really good idea for hosting a get together. The problem is that it might seem quite hard for those who don’t have much cooking experience. The answer to this is a simple Valencian dish called Paella. Cooking paella is actually a lot easier than it looks, honestly it’s probably one of the easiest dinner party recipes out there, while making you look like a star chef. If you’re like me and somehow manage to find a way to burn cereal, than it might seem quite a daunting task, but with this easy to follow guide you will be a master of Valencian cuisine in no time… read more »

Las Fallas - The Bonfire of Valencia 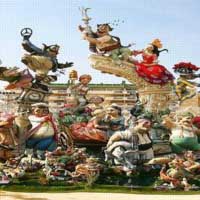 Spring has come and there is a bunch of things you can enjoy in this wonderful weather. One of the things you can do in Spain , is to check out "Las Fallas" in Valencia … read more »

When most people think of the greatest Spanish contributions to the world, perhaps the most immediate things to spring to mind are flamenco music , tapas , and siestas. The Spaniards are not famed for the inventors. Painters , writers and poets perhaps; but it is a little known fact that Spain is responsible for some incredibly important, and some rather wacky innovations. Here is a rundown of 10 of the most significant and some of the most unusual inventions to come from Spain :… read more »

Madrid-Valencia travel soon to be much easier

Valencia is on Fallas!

There´s no telling if the fires are still smoldering in Valencia , but I can say first hand it was a great show. And if you missed Las Fallas this year, you should start planning for 2011… read more »