Don't pull your hair out! 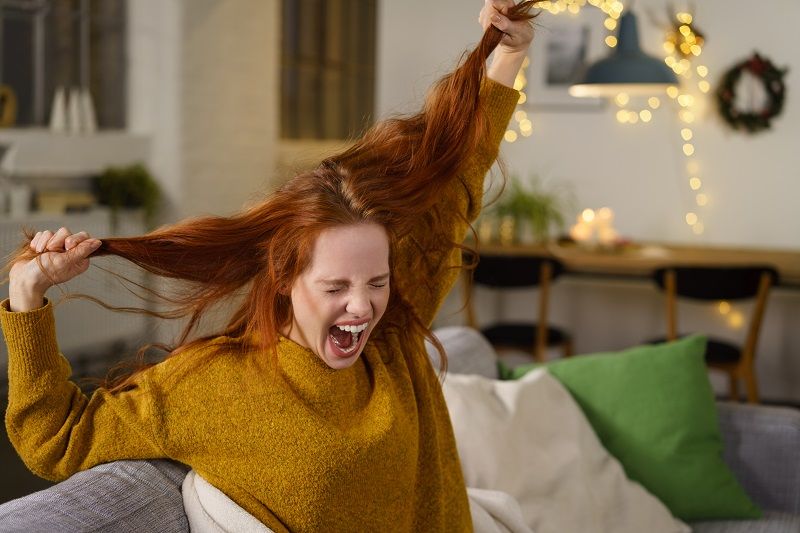 Pelo ("hair") is a very special word in Spanish. Just like pan ("bread") and other terms, hair is the protagonist of many expressions and sayings we use on a daily basis. One of them is tirarse de los pelos (pull on your hair). If you want to read this post in Spanish and learn what it means, click here.

In the complex world of expressions, there is a big difference between what we think they mean and what they actually imply. This is one of those cases. If anyone tells you not to pull on your hair in Spanish, you might think he or she is crazy. Obviously, pulling on your hair was not among your top priorities. However, this expression means something quite different.

Pulling on one's hair is an expression of rage or extreme sadness for someone who is overwhelmed by a certain situation. When something turns out bad and the solution is out of our hands, we pull on our hair: nos tiramos de los pelos. But not literally. We just despair.

For example, if you study a lot for an exam and still you fail it, estás que te tiras de los pelos (you feel like pulling on your hair). This means that it annoys you, but you can’t do anything to fix it. Sometimes, when people consider your problem is not that important, they will ask you not to pull on your hair:

(Don’t pull on your hair, it is not that bad! Next time, you will have more luck).

There are two ancient expressions that are very similar to this one. They are mesarse los cabellos and mesarse las barbas. Both mean literally pulling your own hair out. (English as a similar saying.) But what is the origin of all these expressions?

During the Middle Ages, pulling your hair out was a typical mourning gesture. The loss of a loved person was acted out by grabbing your own hair or beard and pulling strongly. Some people beat themselves up as well. Occasionally, this practice also took place before a friend or family member set off on a dangerous journey.

Now that you know the real meaning of this expression, relax and look at problems in a more optimistic way. ¡No te tires de los pelos!

If you want to know more about the world of Spanish expressions, we invite you to watch this video. Expand your vocabulary and make your Spanish sound more natural by using expressions with hair.