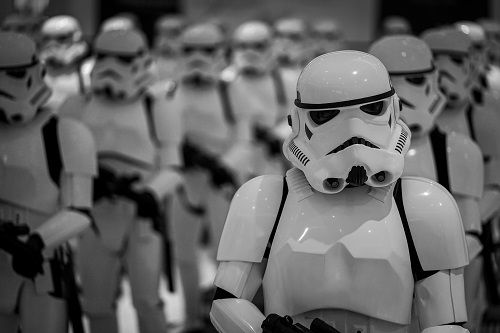 As the song says in Cinema Paradiso, "The life I dream of can come true. Or is it just a dream?” The magic of cinema has transformed some real-world Spanish settings into incredible imaginary worlds. We have seen, for example, how the desert of Almeria became the Wild West; the coast of Cadiz transformed into the exotic beaches of Cuba; and the spectacular Plaza de España in Seville turned into a planet from a galaxy far away.

It is true that many times the reasons have been economic, since it is cheaper to shoot in Spain than in other European or American countries. However, we cannot ignore the fact that Spain’s varied geography, warm climate, fascinating landscapes, and wealth of monuments have turned it into a marvelous movie set containing the perfect conditions for many film makers.

So, let’s get this show on the road!

Enjoy this post in Spanish to improve your reading skills.

As mentioned above, the Sevillian Plaza de España is one of those cases. Not only was the square chosen by George Lucas to immortalize Amidala’s arrival to the planet Naboo in The Attack of the Clones, but we can also see it in other blockbusters shot in Seville. Other examples are the famous Game of Thrones series and the comedy The Dictator. 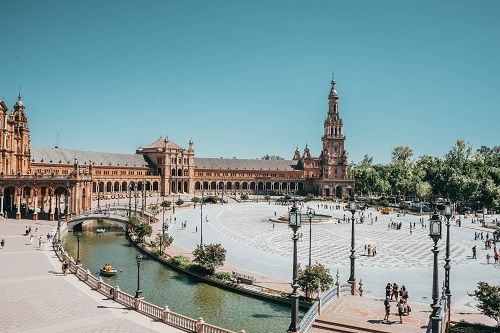 In this case, the chosen place was Almeria. Steven Spielberg and his team shot several scenes of this famous film in the Tabernas desert, on Monsul beach, and also in Almeria’s capital.

The second part of this famous action saga was also filmed in Seville. This time the focus was on the Andalusian capital’s city center, where Tom Cruise stars in a scene full of cultural inaccuracies. We see an unnatural mixture of Spanish fiestas: Holy Week, Fallas, and the San Fermín festivities all happen in the same scene, when in reality these celebrations happen at different times of the year.

We must of course mention the most famous examples: the numerous Westerns filmed in Spain. Sergio Leone was one of the great directors who made it possible: A Fistful of Dollars (1964) and For a Few Dollars More (1965) were both filmed in Almeria. In these films, we had the opportunity to see the Tabernas desert turned into the wild American west. Also in Spain, the third part of The Good, the Bad and the Ugly (1966) was shot in the valley of the Arlanza river, in Burgos. 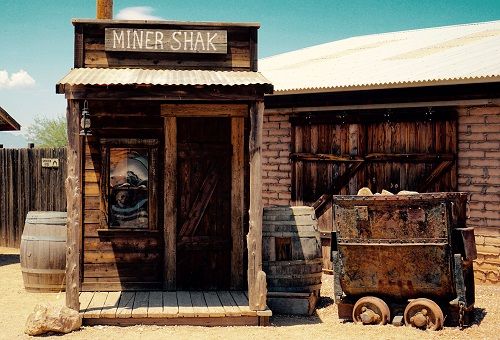 The most popular spy in the United Kingdom has also been to Spain. The breathtaking scene in which we see an impressive Halle Berry coming out of the water in Die Another Day, supposedly in Cuba, was actually filmed on La Caleta Beach, in Cadiz.

The famous 007 has been to Spain on other occasions: In The World Is Not Enough (1999), the filming was based around the world-famous Guggenheim Museum in Bilbao; in From Russia with Love (1963), the chosen place was Madrid; and, lastly, in Doctor Zhivago, Soria, Salamanca, Segovia, and Madrid appear. 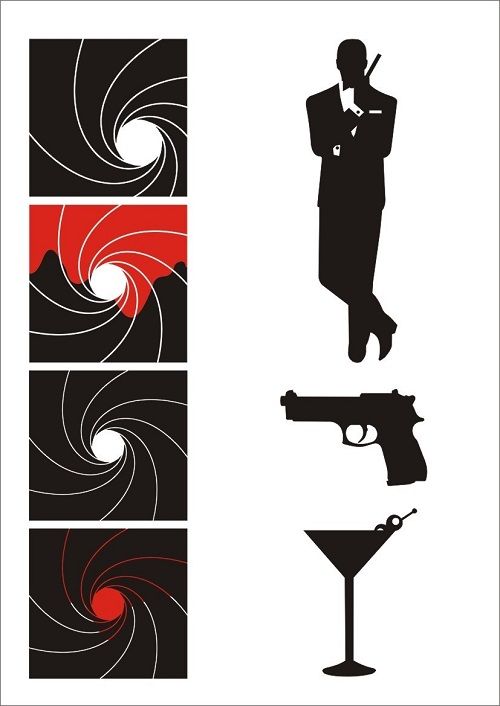 Nevertheless, these are not all the movies ever filmed in Spain. The list is long, and many have been left out. Lawrence of Arabia, The Bourne Ultimatum, Exodus: Gods and Kings, The Kingdom of Heaven, Perfume: Story of a Murderer, 55 days in Beijing, and even Kubrick’s Spartacus have also played a role in making Spain a star of the silver screen.

If you want to learn more about Spanish and film, we encourage you watch this video with some of the funniest Spanish translations of classic movie titles.