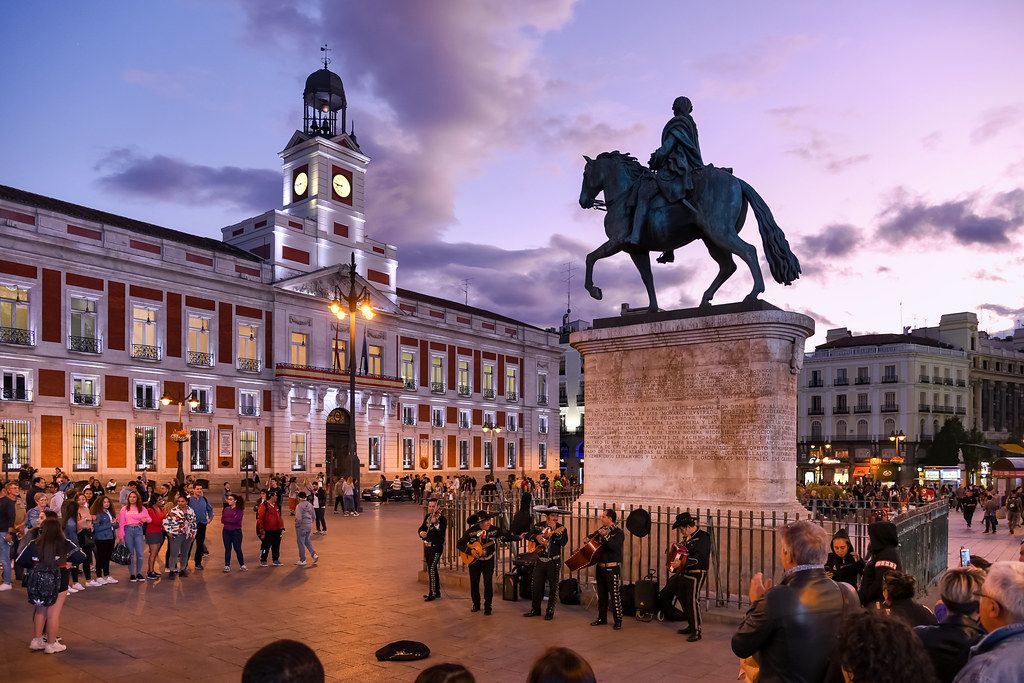 At this time of the year, you have probably already heard about the most iconic New Year’s Eve tradition in Spain: eating twelve grapes at midnight. A couple of minutes before the clock strikes twelve on December 31, you’ll find 46 million Spaniards staring at the TV. That night, all broadcasters in the country show the same scene: Puerta del Sol square, in Madrid. And as the bell strikes, they eat their twelve grapes one by one.

Everything has to run smooth as a Swiss watch (quite literally), because any failure or delay in the procedure may ruin the whole ceremony. For this reason, the master watchmakers in charge of the clock at Puerta del Sol test the system 24 hours in advance. This rehearsal before the moment of truth is called preuvas (pre-grapes). Want to know how you can join the pre-celebration? Keep on reading or switch to the Spanish version of this post.

A Bit of History

At the beginning, preuvas was nothing but a technical run-through. Did you know that Madrid’s Post Office’s clock is almost 186 years old? That being the case, it is not surprising that technicians feel more confident testing its gears before running any event.

However, at some point people from all over the country started joining in and rehearsing New Year’s Eve ritual. The only difference was that, instead of grapes, they used to have twelve candies. Why? Well, simply because grapes are supposed to be bad luck if eaten before New Year.

Over time, the number of attendees increased and now around 25000 people gather each year at Puerta del Sol to rehearse for New Year’s Eve.

Puerta del Sol is in downtown Madrid, close to the Royal Palace, the Parliament and the Plaza Mayor. Two of its most iconic symbols are the Tío Pepe advertisement and the Bear and the Madroño Tree statue.

Normally, you can get to Puerta del Sol by train, metro, and bus. But watch out! On December 30 and December 31, there are access restrictions due to the number of people that visit the square. That’s why we recommend you to step down at any nearby station and simply walk there.

Regarding the time of the ceremony, we are glad to tell you that you have two chances to attend preuvas within the same day! The first rehearsal takes place at midday, and the second one at midnight, December 30. But let’s be honest: most people prefer joining the latter.

Please note that in order to attend any of the two, you’ll need to be in the area at least two hours in advance, as the venue quickly becomes crowded and security guards cordon off the whole area.

This Is What You’ll See

This might be your first time rehearsing for Nochevieja, so let’s go over what you have to do. The first thing you will see is a golden globe descending from the top of the clock 35 seconds before the bells start striking. After that, you’ll hear four bell tolls. They are the so-called cuartos. But don’t go that fast! You don’t need to do anything yet.

After the four strikes are complete, it’s your time to start eating. By the end of the twelve strikes, you should have eaten all your grapes or candies.

This is all you need to know to successfully attend preuvas. We encourage you to visit Spain’s capital city on December 30 and join this fun activity while you learn Spanish at don Quijote!